By Editors | On 26, Nov 2014 | 11 mins: 44 secs + -
3
The Global Resources Battle
It almost doesn’t bear thinking about: a world in which water, food, and energy are in short supply and governments have to play dirty to keep their populations sated. I say “almost” because soon we won’t have a choice.

According to experts, this nightmare scenario is only a few short years away.Now this is gonna be big—really big. The UK’s former chief scientific adviser recently noted that governments are already participating in land grabs to secure mining rights, a taster of what’s to come.

When the battle to secure water and food supplies really kicks off, we’ll have one heck of an ethical dilemma. On the one hand, it might be impossible to remain a major global player without becoming increasingly heartless. 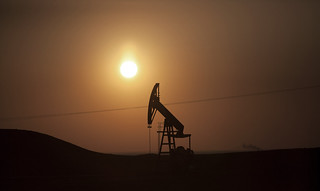 Ideas like caring for our poor, upholding democracy, and respecting sovereign nations may have to go out the window if we want to stay at the top of the economic game—a process politicians euphemistically call “being more like China.”

On the other, if we decide to retain our compassion, we may very well be regulated to backroom status; the doddering former superpower that can’t accept it now has no place on the world’s stage. If you thought the economic crisis polarized public opinion, wait till this hits. It’ll be a battle for the future and the souls of our respective nations—with the livelihoods of all our countrymen at stake.