5
Who Owns Outer Space?
It seems like a dumb question, the sort of thing a first grader might ask: “Who owns space?” But this apparent slice of idiocy is actually more subtle than you think. And it may just be about to become a major source of heated debate.

Planetary Resources is a company owned by (among others) James Cameron and Larry Page. It was founded for the sole purpose of mining asteroids for precious minerals. Once the technology is perfected, it’s a plan that could net them billions. But no-one knows if it’s legal.

Already, a titanic battle is brewing to determine whether Cameron and co might be breaking international law by laying claim to an asteroid. 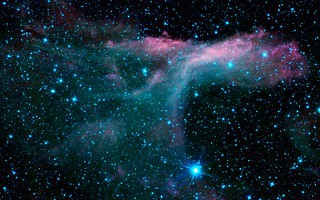 See, in 1967, most nations signed the Outer Space Treaty, which states that no nation can lay claim to any “celestial bodies.” Sounds like an open and shut case, until you remember that Planetary Resources ain’t a nation but a company. Their lawyers argue that precedent already exists for the sale of moon rocks, so asteroids must be fair game, a claim the law has yet to buy.

If Cameron’s legal team wins, the future of space exploration may well be companies blasting out to the edges of the solar system with the sole intention of grabbing as much wealth as possible. If they lose, the whole of space will remain like Antarctica—a scientific zone free from the profit motive. With Planetary Resources looking to start mining by the 2030s, it’s a choice we’re gonna have to make soon.