Kapteyn b: The Oldest Habitable Planet In The Universe

Rocky planets ahoy, Kapteyn! Two exoplanets have been discovered orbiting a red dwarf called Kapteyn’s star, and one of those worlds may be ripe for life. Extrapolating from the age of the star, these planets are about 11.5 billion years old – only 2 billion years younger than the universe itself.

Discovered in 1897 and named after the Dutch astronomer Jacobus Kapteyn who discovered it, Kapteyn’s star is the second fastest moving star in the sky. It came within 7 light-years of the Sun about 11,000 years ago and has been moving away since that time. Right now, this red dwarf star is 13 light-years away and is the 25th nearest star to the Sun. It has a magnitude of 9 and can be seen in the southern constellation of Pictor with an amateur telescope or binoculars.

Scientists say Kapteyn’s star belongs to the Galactic halo – an extended cloud of stars orbiting our Milky Way Galaxy, and likely came from a dwarf galaxy now merged with our Galaxy. 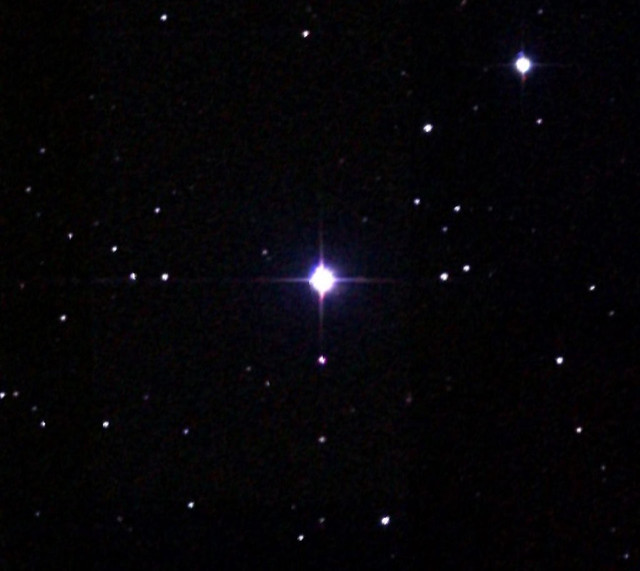 Theinternational team of researchers coming from London’s Queen Mary University and the University of California, Santa Cruz (UCSC) have been collecting data on Kapteyn’s star for over a decade at the Keck Observatory.

In the most recent study, they measured tiny periodic changes in the motion of Kapteyn’s star, which are caused by the gravitational tug of the orbiting planets. Scientist can then work out some of the properties of these planets such as their mass and orbital periods.

“We were surprised to find planets orbiting Kapteyn’s star. Previous data showed some moderate excess of variability, so we were looking for very short period planets when the new signals showed up loud and clear,” says lead author Dr Guillem Anglada-Escude, QMUL’s School of Physics and Astronomy.

Finding a stable planetary system with a potentially habitable planet orbiting one of the very nearest stars in the sky is mind blowing,” says US co-author Dr Pamela Arriagada, from the Carnegie Institution.

“This is one more piece of evidence that nearly all stars have planets, and that potentially habitable planets in our galaxy are as common as grains of sand on a beach.”

The planets were given traditional names of Kapteyn b and Kapteyn c. 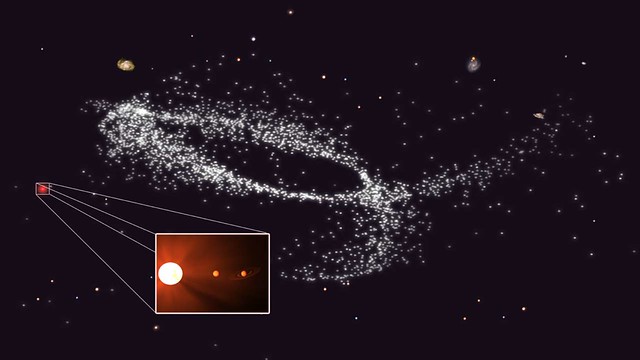 But using new instruments currently under construction, scientists will be able to measure the planet’s atmospheres and may be able to detect the presence of water.

The planet is probably colder than Earth given a similar atmosphere. However a denser atmosphere could easily provide for equal or even higher temperatures.

Based on its stellar flux and mass, the Earth similarity index of Kapteyn b is comparable to Kepler-62f and Kepler-186f.

Kapteyn b is about 11.5 billion years old, over twice as old as Earth. Given its age, the planet has had plenty of time to develop life, as we know it.

It is now the oldest potentially habitable exoplanet discovered to date.

Kapetyn c is far bigger than earth and its year lasts 121 days. However, astronomers think it’s too cold to support liquid water.

Kapetyn b is the most likely to support water; its mass is five times bigger than Earth’s and takes 48 days to orbit its star.

As scientists believe the star itself was born in a dwarf galaxy that eventually got absorbed and destroyed by our own Milky Way galaxy, the life it could host might have come from a very deep space.

“It does make you wonder what kind of life could have evolved on those planets over such a long time,” Anglada-Escude said.