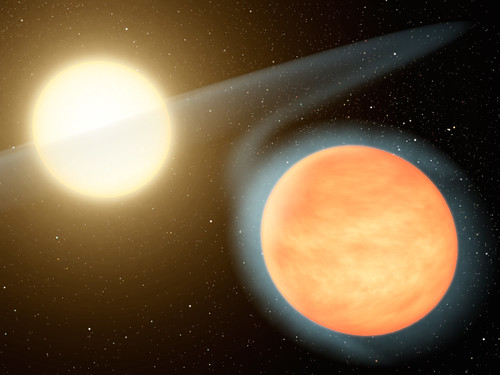 Simply put, this planet is the hottest planet ever discovered. It measures in at about 4,000 degrees F (2,200 degrees C) and orbits its star closer than any other known world.

It goes without saying that anything known to man, including man himself, would instantly incinerate in such an atmosphere. To put it in perspective, the planets’ surface is about half the temperature of the surface of our sun and twice as hot as lava.

It also orbits its star at a blistering pace. It completes a full orbit once every Earth day at a distance of only about 2 million miles (3.4 million km).