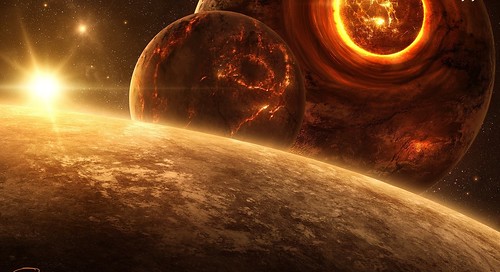 The densest and most massive exoplanet to date is a world known as COROT-exo-3b. It is about the size of Jupiter, but 20 times that planet’s mass. This makes COROT-exo-3b about twice as dense as lead.

The degree of pressure put upon a human walking the surface of such a planet would be insurmountable. With a mass 20 times that of Jupiter, a human would weigh almost 50 times what they weigh on Earth.

That means that a 180 pound man on Earth would weigh 9000 pounds! That amount of stress would crush a human beings skeletal system almost instantly. It would be the equivalent of an elephant sitting on your chest.