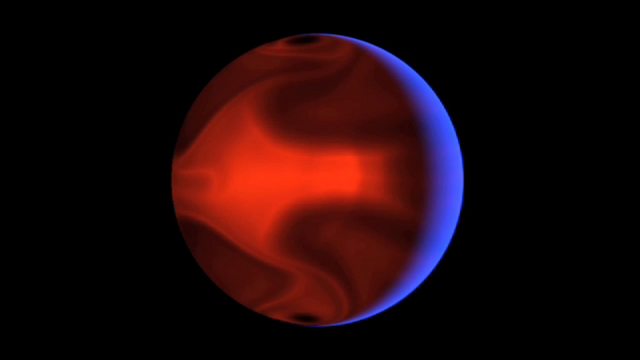 If you think that sounds like a rough place to call home, stay away from this last planet. HD 80606b is about four times as massive as Jupiter, and it has an incredibly elliptical orbit.

It takes about 111 days for it to complete one trip around its star — and for the vast majority of that time, it’s pretty far away from it. But for a span of less than 24 hours, it’s so close to its star that it creates a dramatic temperature change — so dramatic that it essentially causes its atmosphere to explode.

Astrophysicists at the University of California Santa Cruz realized this, while studying the planet using the Spitzer Space telescope. Over the course of six hours, they measured a temperature rise of about 700°C.

These enormous wind storms keep raging until the planet moves away from the star, and its atmosphere has a chance to settle down again. Then the cycle repeats. So when you hear people talking about the next big blizzard or polar vortex or hurricane headed our way, just know that we’ve still got things pretty good here on Earth. At least the next apocalypse isn’t only 111 days away.

Special thanks goes to Hank Green.