We have a lot of wacky weather here on Earth, giving us crazy things like thundersnow and firenados. But it turns out we are very lucky, because things get way weirder and wilder on other planets. So let’s take a look at a few exoplanets, including some where it rains molten glass, and ice is hot. 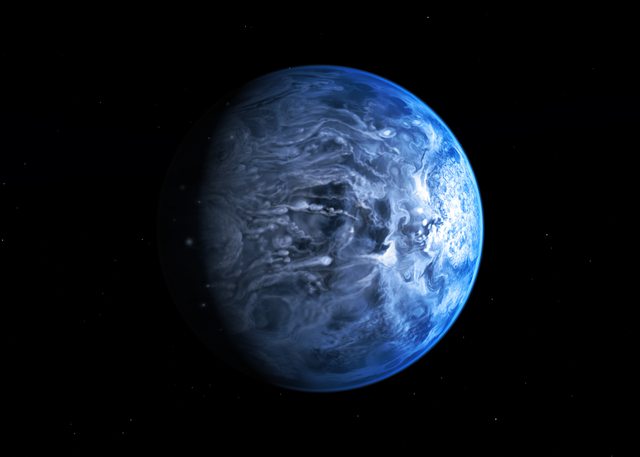 62 light-years away, on the exoplanet HD 189733b, winds are strong enough to make the rain fall sideways. Researchers from the University of Warwick learned about this weird world by studying it with the La Silla telescope in Chile.

They waited for the planet to pass in front of a star, and then analyzed the starlight that passed through its atmosphere. This allowed astronomers to determine the composition of the planet’s atmosphere, and also tell which way the wind was blowing, and how strong it was.

And it turns out, the winds on this planet are more than 15 times faster than the speed of sound. And when it rains there, it doesn’t rain waterng — it rains hot glass. Astronomers found that the planet’s atmosphere was full of particles of magnesium silicateng — here on Earth, silicates are the main components of rocks and sand.

And this world orbits its star in a mere 53 hours, with temperatures that can range from 1000 to 3300°C. So when silicate hits its melting point, at about 1900 degrees, it effectively turns into liquid glass than can rain down through the clouds. And when it reaches the cooler layers of the atmosphere, it solidifies into shards of glass that then get whipped around by its supersonic winds.

So if you would like to go on vacation there, I would like a postcard, but I’m not coming with you.