Super Moon Photos from Around the World, July 2014

You may have noticed the moon looked bigger and brighter than usual this weekend. When the moon is full while its orbit is closest to Earth it’s known as a “supermoon,” creating an illusion of a dramatically large luminous sphere when viewed close to the horizon. This is what occurred over the weekend when the moon was at its fullest and still appeared brighter than normal. Check out stunning photos of this weekend’s supermoon (click to zoom): 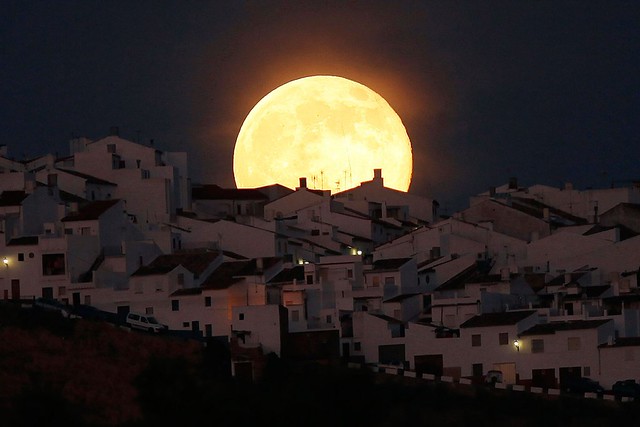 The Super moon rises over houses in Olvera, in the southern Spanish province of Cadiz, July 12, 2014. (Jon Nazca—Reuters)
Source: https://goo.gl/ViKHdM 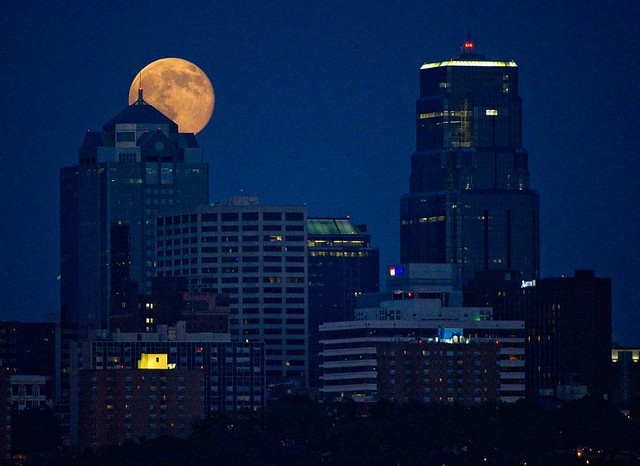 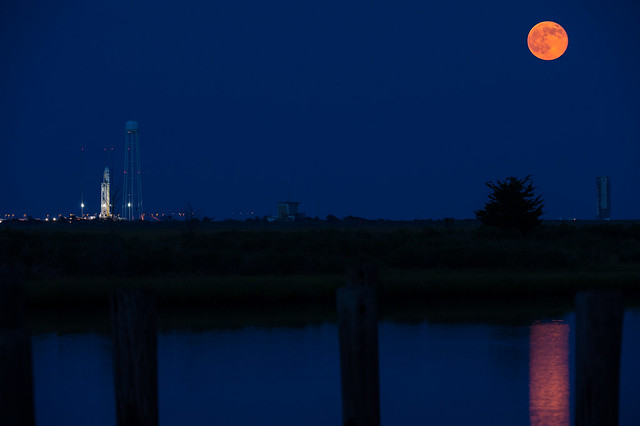 A dazzling “supermoon,” also known as a full perigee moon, rises in the night sky to the right of an Orbital Sciences Corporation Antares rocket and its Cygnus spacecraft payload on Saturday, July 12, 2014 at Pad-0A of NASA’s Wallops Flight Facility on Wallops Island, Virginia.
Source: https://goo.gl/Kal2NN 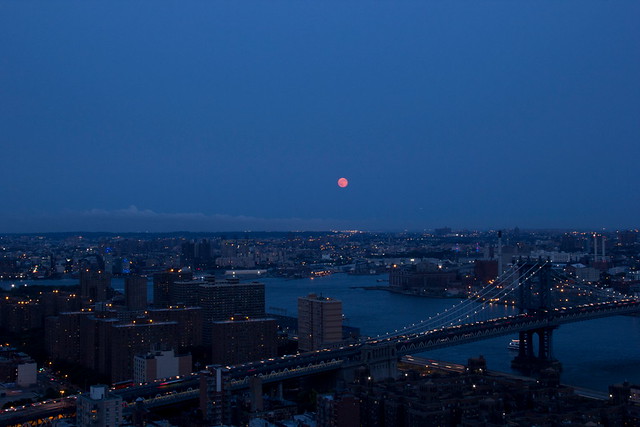 Astrophotographer Luis Figueroa sent in a photo of the supermoon on July 12, 2014, seen over the Manhattan Bridge in NYC.
Source: https://goo.gl/Kal2NN 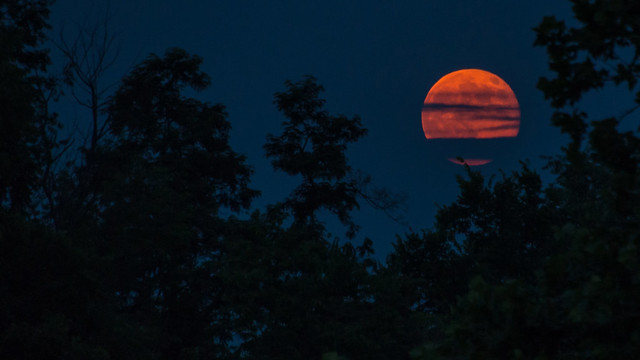 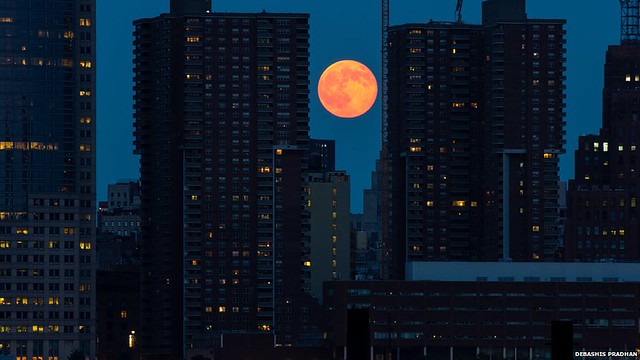 The larger and brighter appearance of the Moon is caused by the oval shape of the Moon’s orbit of the Earth. Jem Garcia snapped this picture of the supermoon in the Philippines on Saturday night.
Source: https://goo.gl/vfk8vv 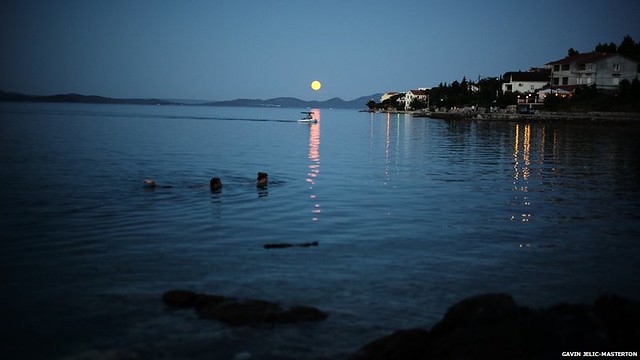 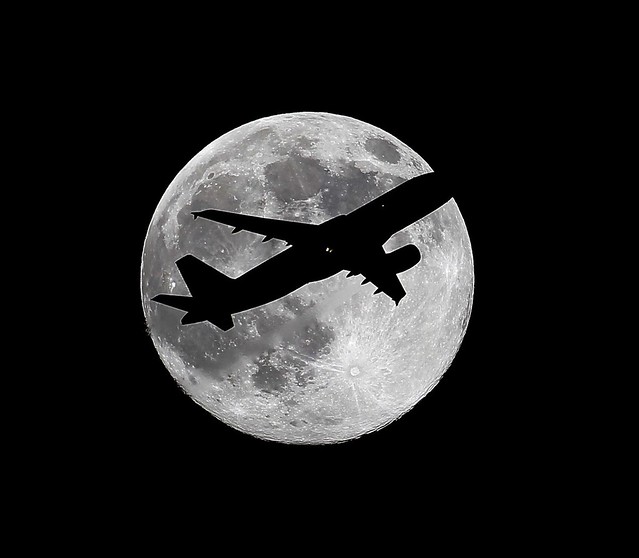 The moon even loomed large the day before, on July 11, when this plane took off from New York.
Source: https://goo.gl/Nb3TeV 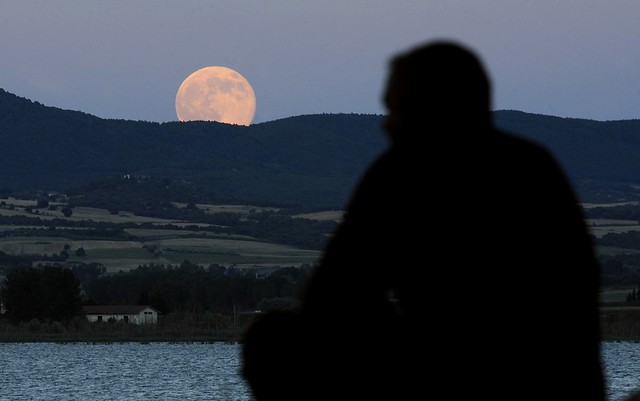 In Macedonia, a man watches the supermoon rise over Dojran Lake.
Source: https://goo.gl/Nb3TeV 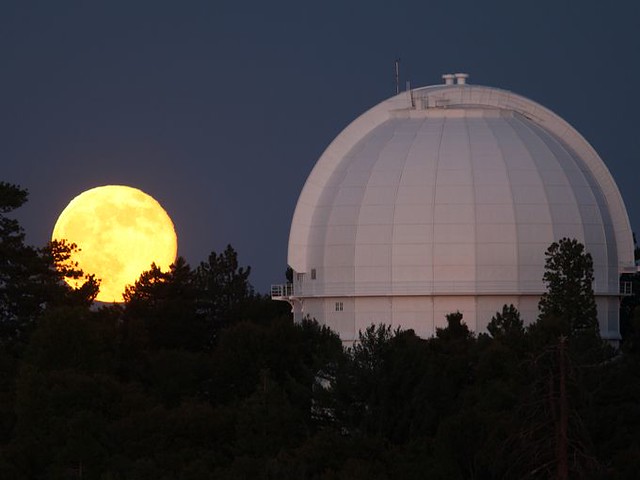