Stephenson 2-18 The Largest Star Ever Discovered

Stars have always been part of civilizations. In Ancient Times, we relied upon the apparent motion of these bodies to navigate distances, to measure the passage of time therefore determining seasons, months, and years. Simply, stars are the very reason we exist. We are literally made up of “stardust”.

A star, by definition, is an astronomical object consisting mostly of hydrogen and helium all held together by its own gravity. Stars are the most fundamental building blocks of galaxies. So, how many stars are in the Milky Way? Clearly, it is impossible to know exactly how many stars are out there, in all variety of masses and sizes, astronomers estimate that our galaxy alone is made up of approximately 100 billion stars.

The most common stars are Red dwarf, which make up the largest population of stars in our galaxy. On the other side of the spectrum are hypergiant, the biggest known star in the universe.

Since the Gaia data release, scientists have adjusted the distances and therefore the mass of many stars. Prior to the Gaia release, UY Scuti was considered the biggest of these stars, around 1,700 times the Sun’s width. Now, we have a new heavyweight champion, an object that defy expectations. Meet Stephenson 2-18. 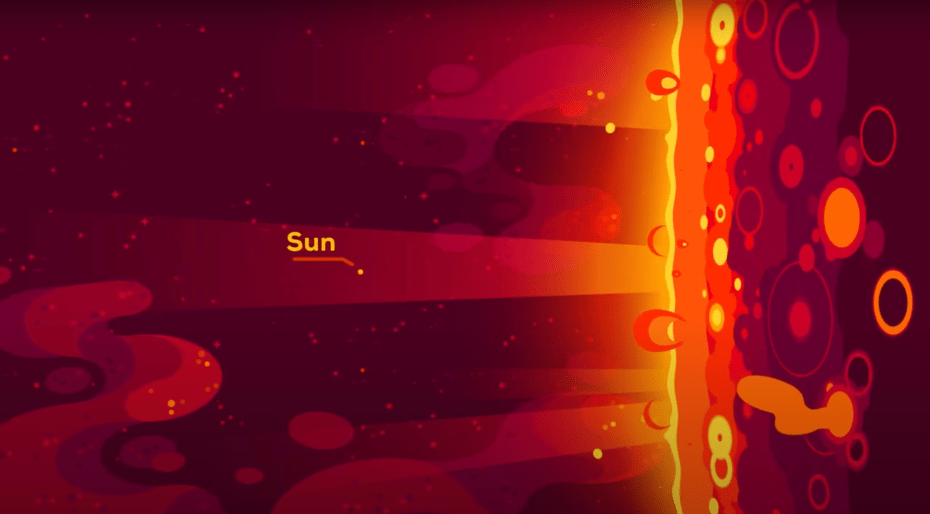 Sun and the new monster Stephenson 2-18

Stephenson 2-18 is a red supergiant located 19,800 light years away from us in a relatively small cluster called Stephenson 2 in the constellation of Scutum. With an estimated radius about 2,100 times that of the Sun, and a volume nearly 10 billion times of our Sun, Stephenson 2-18 is mind-boggling big, it appears to be considerably larger than the maximum theoretical size of a hypergiant. To put it in perspective, if the center of our solar system were replaced by Stephenson 2-18, the star’s outer atmospheric layer would extend beyond the orbit of Saturn. It would take earth’s fastest plane more than 500 years to travel around.

Astronomers predict that Stephenson 2-18 may even continue to grow bigger, possibly one day becoming what is known as a yellow hyper-giant.

Just a few million years from now this gigantic glowing ball of plasma may also enter into the latter stages of its life as it quickly burns through it’s fuel and eventually explodes in a catastrophic, but magnificent supernova, possibly even leaving behind a black hole as a reminder of Stephenson 2-18s once extreme parameters. 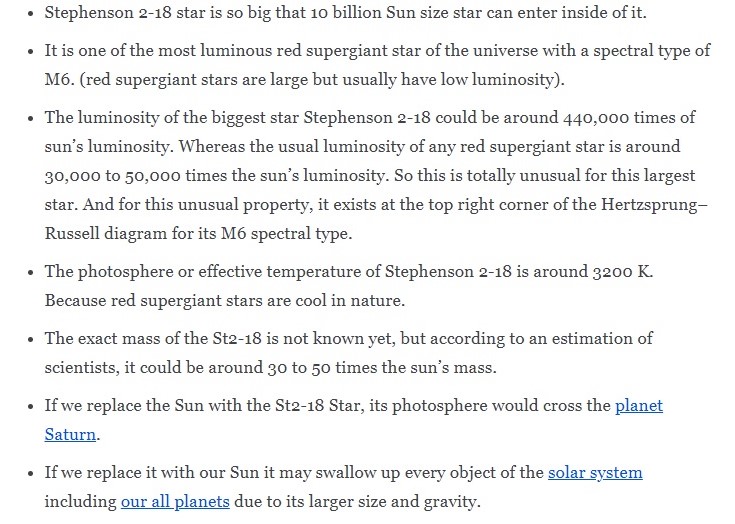 However, scientist need more observations done as we don’t have more data about Stephenson 2-18