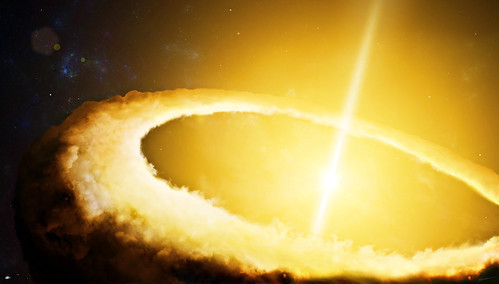 Supernova is an explosion of a star accompanied by emission of radiation and light. Sometimes, the light emitted by a supernova can outshine an entire galaxy!

There are two basic types of supernovae. One is when a carbon-oxygen white dwarf reaches a critical density value, leading to uncontrolled fusion of carbon and oxygen, further leading to explosion.

The second type of supernova is formed towards the end of a massive star’s life cycle. When all the fuel in a star is exhausted, the iron core collapses with an explosion forming supernova.