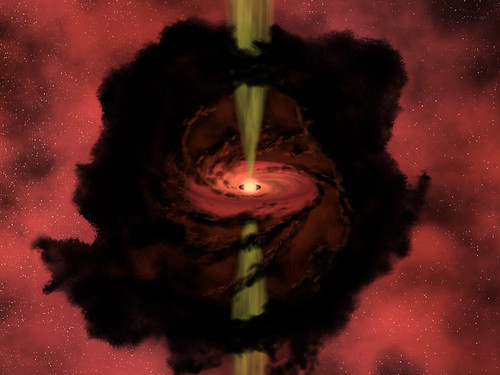 Gravitational forces make the particles in a nebula spin. As they spin faster, the velocities cause particles to clump together forming a cloud-like structure. This is when a ‘protostar’ is born.

If large clumpy structures break into small clouds, a cluster of protostars may be formed. The gravitational forces in the particles cause contraction and heating of the star. Physicist Viktor Ambartsumian, for the first time, proposed the existence of a protostar.

A protostar is formed as a result of contraction out of the gas of giant molecular clouds in the ISM. A protostar starts accreting mass, which means addition of atoms to its center. Due to accretion, a protostar is unable to achieve equilibrium. The process ends with the formation of a T Tauri star. A protostar may take 100, 000 years to reach the main sequence stage in its life cycle