Researchers may have Detected First Signs of Dark Matter

Dark matter seemed to be a myth to some scientists and a catch-all to others, using it to explain gravitational forces and the orbits of objects in space that just couldn’t be accounted for by the existence of observable, physical matter. It has been theorized that dark matter existed and affected the way the universe functioned as much as physical matter, but until now, dark matter has only been a theory.

Researchers with the European Space Agency say they’ve detected a strange spike in X-rays coming from two cosmic locations — the Andromeda Galaxy and the Perseus Cluster. The astronomers think the strange emissions could be the signal of dark matter. If confirmed, it would be first direct evidence of dark matter. 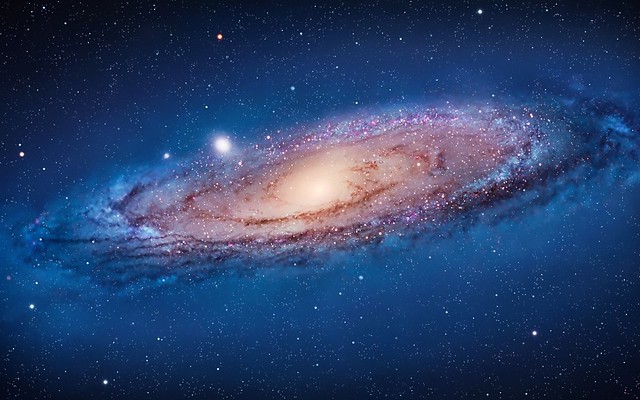 X-ray observations from the orbiting XMM-Newton telescope were examined by the researchers. They removed all signals from known sources and particles. A signal remained that could not be explained by astronomers, through the actions of ordinary matter.

“The signal’s distribution within the galaxy corresponds exactly to what we were expecting with dark matter, that is, concentrated and intense in the center of objects and weaker and diffuse on the edges,” study co-author Oleg Ruchayskiy, of the École Polytechnique Fédérale de Lausanne (EPFL) in Switzerland, said in a statement.

“With the goal of verifying our findings, we then looked at data from our own galaxy, the Milky Way, and made the same observations,” added lead author Alexey Boyarsky, of EPFL and Leiden University in the Netherlands.

The existence of dark matter was first proposed several decades ago when astronomers discovered that normal matter alone could not account for the way stars moved in galaxies. Those stars further from the center of a galaxy should move more slowly than those nearer to that center, but instead, astronomers found them moving just as quickly as their closer-in counterparts.

In an effort to explain this apparent anomaly in the rotation of galaxies, scientists theorized the existence of dark matter, a substance neither emit light or any type of electromagnetic radiation.

Physicists estimate the universe has four times more dark matter than normal matter. But because the sole effect dark matter has on ordinary matter is through gravitation, scientists have not been able to pinpoint evidence of dark matter’s existence.

Scientists have proposed a number of different exotic particles as the constituents of dark matter, including weakly interacting massive particles (WIMPs), axions and sterile neutrinos, hypothetical cousins of “ordinary” neutrinos (confirmed particles that resemble electrons but lack an electrical charge).

The decay of sterile neutrinos is thought to produce X-rays, so the research team suspects these may be the dark matter particles responsible for the mysterious signal coming from Andromeda and the Perseus cluster.

“Confirmation of this discovery may lead to construction of new telescopes specially designed for studying the signals from dark matter particles,” Ruchayskiy’s research partner, Alexey Boyarsky, said. “We will know where to look in order to trace dark structures in space and will be able to reconstruct how the Universe has formed.”