Remarkably, Astronomy can Explain the Star of Bethlehem


More…
Strange Facts About the Northern Lights
How Earth is seen from Mars at night?

An enigmatic celestial event that has engaged speculation for more than 2000 years, the Star of Bethlehem was an epoch-changing herald of the Messiah’s birth. For centuries saints, scholars and astronomers have wondered about this heavenly body. Was it a comet? A supernova? A conjunction of planets, possibly in constellation? A moon or dwarf planet briefly captured by Earth’s gravity? A free-floating planet or star? Was it a heavenly body that defied the known laws of physics and nature, such as the solar eclipse of the full moon on the first Good Friday? Or did it have divine origin like the shekinah glory that led the children of Israel out of Egypt during the time of Moses? 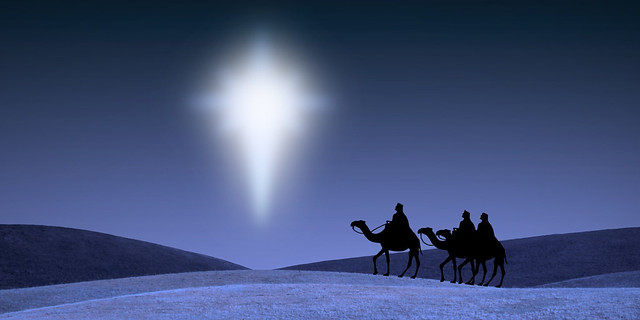 David Weintraub, an astronomy professor at Vanderbilt University, said there are several mysteries that surround the story told in the Gospel of Matthew. First, why were the Magi, who were travelers from a distant land, able to see the bright star when local officials in King Herod’s court were apparently unaware of its appearance in the sky?

“The astronomer in me knows that no star can do these things, nor can a comet, or Jupiter, or a supernova, or a conjunction of planets or any other actual bright object in the nighttime sky”, Weintraub wrote in an article for The Conversation.

“One can claim that Matthew’s words describe a miracle but Matthew chose his words carefully and wrote ‘star in the east’ twice, which suggests that these words hold a specific importance for his readers”.

“We need a little bit of astronomy background here,” Weintraub wrote. “In a human lifetime, virtually all the stars remain fixed in their places; the stars rise and set every night, but they do not move relative to each other. The stars in the Big Dipper appear year after year always in the same place. But the planets, the Sun, and the Moon wander through the fixed stars; in fact, the word planet comes from the Greek word for wandering star.”

The Sun, Moon and planets travel along basically the same orbital paths. Each of them moves at different speeds and this occasionally causes them to lap each other.
If the Sun catches up with a planet, that planet can’t be seen until the planet reappears. Once the planet reappears for the first time in months, this event is known to astrologers as a “heliacal rising”.

“The portent began on April 17 of 6 B.C. (with the heliacal rising of Jupiter that morning, followed, at noon, by its lunar occultation in the constellation Aries) and lasted until December 19 of 6 B.C. (when Jupiter stopped moving to the west, stood still briefly, and began moving to the east, as compared with the fixed background stars),” he added. “By the earliest time the men could have arrived in Bethlehem, the baby Jesus would likely have been at least a toddler.”