Scientists have announced the discovery of a second Exoworld orbiting Proxima Centauri, the closest stellar neighbor to our Sun, a super-Earth highly significant for planet formation models.

Proxima Centauri is the smallest member of the Alpha-Centauri star system (a triple star system) and is one of the best studied low-mass (also called red dwarf) stars due to it’s proximity to our solar system, at just 4.25 light years away. Even though it is so close to us, astronomically speaking, its too faint to be seen with the naked eye because the star is 1,000 times less bright than the Sun.

Proxima Centauri is very important stellar object to astronomers due to its proximity, many scientist propose it as a flyby destination for interstellar travel. And, in the last years, it becomes notably important as new discoveries were made.

Back in 2016, astronomers from Queen Mary University of London announced the discovery of a possible Earth-size world orbiting Proxima Centauri, they named it Proxima Cen b. Proxima b is considered a potentially habitable world similar in size, mass and temperature to our planet. It orbits within its star’s habitable zone, the range of distances around a star where it is optimal not too hot and not too cold for liquid water to exist. The planet’s existence was confirmed only a few days ago.

Confirming the existence of Proxima b was an important task, and it’s one of the most interesting planets known in the solar neighborhood,

Adding to the excitement, in a new report on June 2, 2020, astronomers confirmed the presence of a second exoplanet orbiting the same star. Dubbed Proxima Cen c, the planet is relatively larger than Earth but smaller and less massive than Neptune, practically what we call a super-Earth. It orbits every 1,907 days in an orbit around it’s star at a distance of 1.5 AU (1 AU is the distance at which Earth orbits the Sun).

As far as possible life is concerned, we really don’t have enought data to determin planets habitability but due to the distance and the fact that the star is relatively cool comparable with our sun, the planet most likely be very cold for life as we know it, its surface temperature could be below -200°C (-328°F). 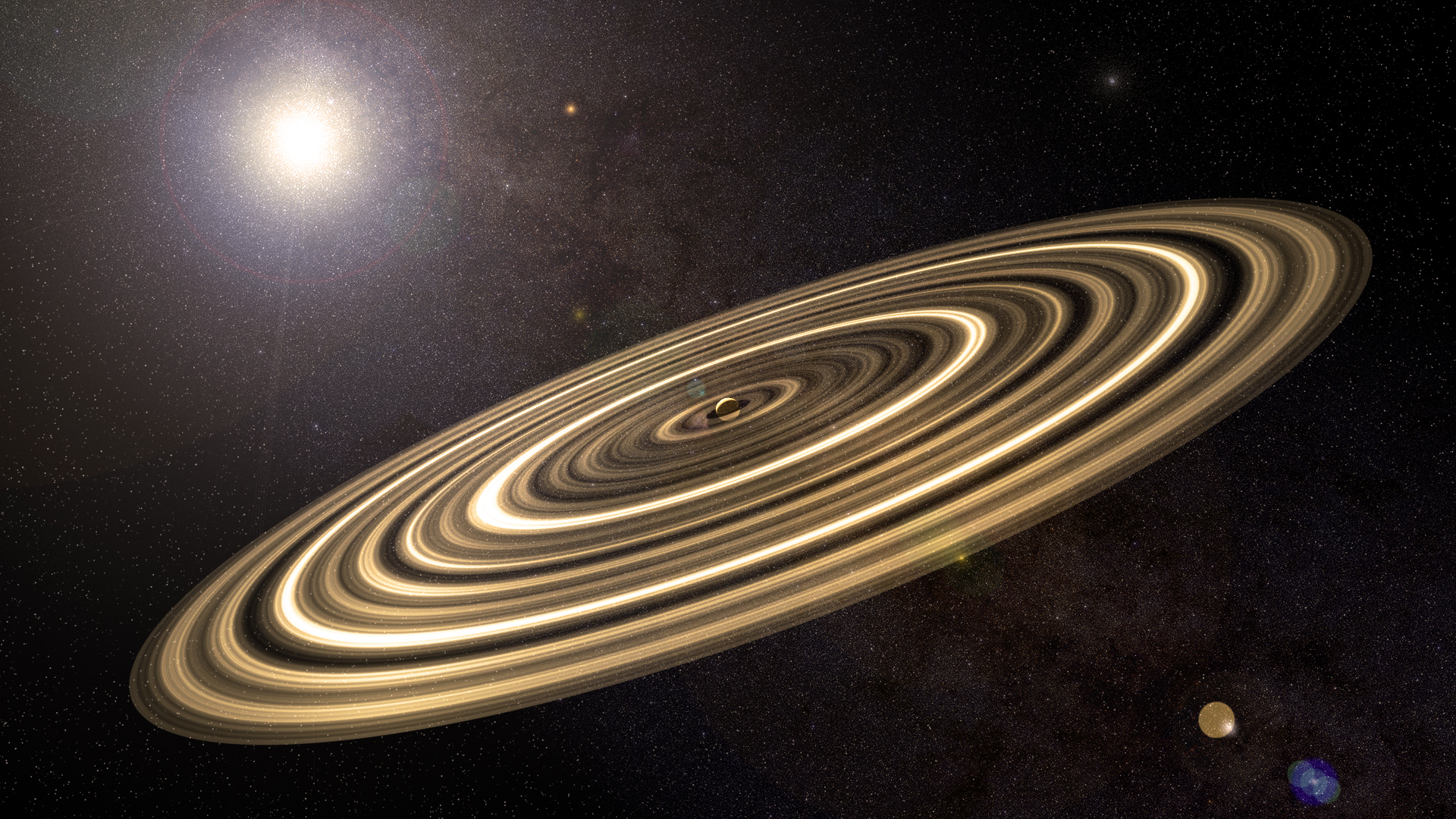 What is so exciting about Proxima Cen c, beside of course its close distance to us, it seems that the exoplanet is far brighter than astronomers had expected. The exoplanet alone wouldn’t be big enough to be so shiny, so astronomers presumed it is surrounded by a bright system of rings or a huge disk of debris.

It would look like Saturn, but exaggerated, with a bigger ring system and a smaller planet,

says Raffaele Gratton at the Astronomical Observatory of Padova in Italy.

To reflect enough light to explain the brightness of the images, that disk or set of rings would have to be more than twice as wide as the bright part of Saturn’s ring system. It needs to take up a lot of real estate to be bright enough,

I don’t know of any theoretical reason why it couldn’t exist, but this would be a beast – we don’t have anything like it in our solar system,

says Luke Dones at the Southwest Research Institute in Colorado.

If it turns out to be true, it’ll be a really interesting puzzle to try to explain this.

Finding planets like Proxima Centauri c is exciting, since red dwarfs are the most common stars in our galaxy. Many planets have been discovered orbiting these stars and many more are expected to be found in the near future.