But a new study has recently revealed that first stars started to shine 140 million years later than previously thought, as they started to shine around 550 million years after the Big Bang. New maps from ESA’s Planck satellite uncover the “polarized” light from the early universe across the entire sky, revealing that the first stars are actually younger than previously thought. Before that time, described as the “reionisation” epoch, the cosmos occupied a dark age devoid of visible light. 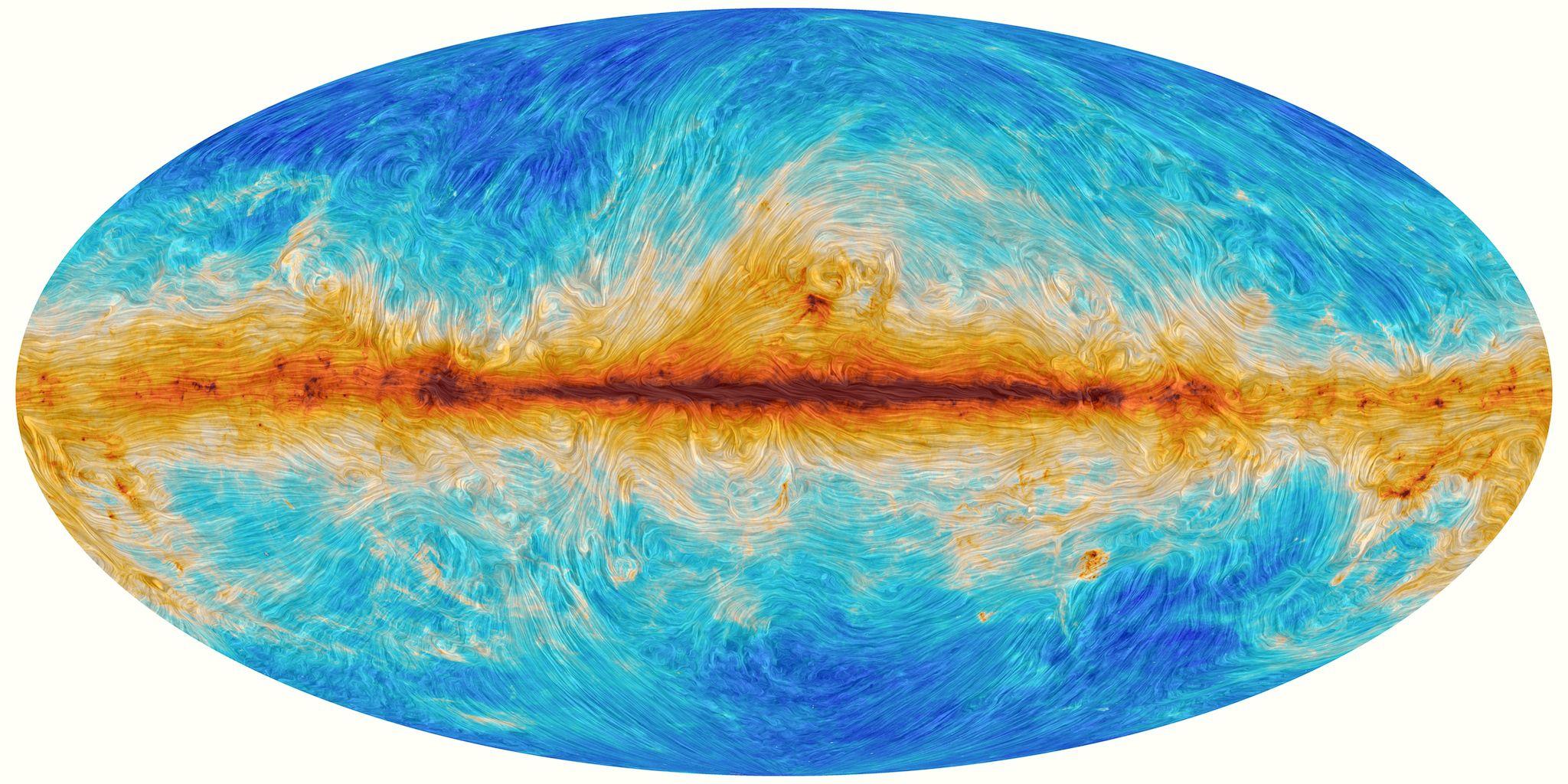 The most ancient light in the universe, known as the cosmic microwave background, seen by the European Space Agency’s Planck satellite. The image also captures interstellar dust and the magnetic field of our galaxy. Planck used the CMB to estimate when stars began forming in the universe. Credit: ESA and the Planck Collaboration
(click to zoom)

“This difference of 140 million years might not seem that significant in the context of the 13.8-billion-year history of the cosmos, but proportionately it’s actually a very big change in our understanding of how certain key events progressed at the earliest epochs,” said George Efstathiou, one of the leaders of the Planck Science Collaboration.

European Space Agency scientists sifted through four years of data collected by Planck, looking carefully at the Cosmic Microwave Background, or CMB, the faint afterglow of the Big Bang.

Richard McMahon, of Cambridge University, adds, “We had two groups of astronomers who were basically working on different sides of the problem. The Planck people came at it from the Big Bang side, while those of us who work on galaxies came at it from the ‘now side.’ It’s like a bridge being built over a river. The two sides do now join where previously we had a gap.”

Andrew Jaffe, of Imperial College, notes, “We’re now being pushed into a parameter of space we didn’t expect to be in. That’s OK. We like interesting physics; that’s why we’re physicists, so there’s no problem with that. It’s just we had this naïve expectation that the simples answer would be right, and sometimes it just isn’t.”

The Planck team will continue analyzing the data, and it’s expected that more insights about the origin and nature of our universe will be published next year. “The kind of questions we ask now we never would have thought possible to even ask decades ago, long before Planck,” said James Bartlett, a US Planck team member from JPL.

Bottom line: Planck is a European Space Agency satellite, designed to observe, with an unprecedented degree of accuracy, the Big Bang through cosmic microwave background radiation. Proposed in the early 90s, the satellite and its instruments were developed thanks to huge efforts that involved several national space agencies in Europe coordinated by ESA, whereas the NASA developed the cooling system.