Professor Webster Cash said the instrument package would consist of an orbiting space telescope and an opaque disk in front of it that could be up to a half mile across. According to Cash, diffracted light waves from a target star or other space object would bend around the edges of the disk and converge in a central point. That light would then be fed into the orbiting telescope to provide high-resolution images, he said. 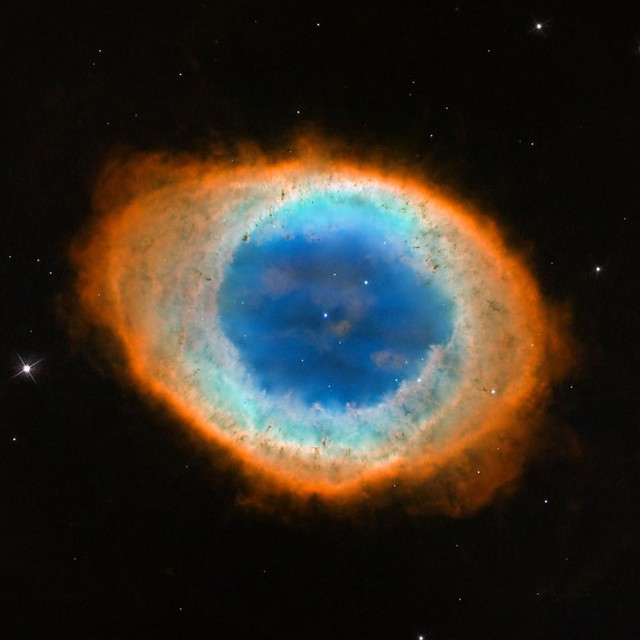 “Quite frankly, our New Worlds starshade project overlaps with the architecture we want to use for the Aragoscope, so we feel we are in pretty good shape going into Phase Two,” said Cash. The Aragoscope would be parked in a geostationary orbit 25,000 miles high that follows Earth’s rotation, making it appear motionless from the ground.

“Traditionally, space telescopes have essentially been monolithic pieces of glass like the Hubble Space Telescope,” said CU-Boulder doctoral student Anthony Harness of the Department of Astrophysical and Planetary Sciences, who is working with Cash on the project.

“But the heavier the space telescope, the more expensive the cost of the launch. We have found a way to solve that problem by putting large, lightweight optics into space that offer a much higher resolution and lower cost.”

Cash and Harness said they hope to conduct an astronomical demonstration of the Aragoscope concept in the lab using a 1-meter disk placed several meters from a telescope. The light source would be fixed about 5 or 10 meters behind the disk.

In addition, they hope to test the starshade concept by fixing a space disk on a mountaintop and attaching a telescope on a hovering aircraft in order to image Alpha Centauri, a binary star system that appears as the third brightest star in the sky.