Natural Wonder and Dream Tales in the Blue Mountains

Is there anywhere you’re really desperate to visit in Australia? here is your answer. With a blue horizon of eucalyptus trees that appear to stretch on forever, the Blue Mountains is perfect for exploring the best that New South Wales has to offer.

The Blue Mountains are a section of the Great Dividing Range, eastern New South Wales, Australia. Geologically, it is situated in the central parts of the Sydney Basin. It is one of Australia’s most beautiful natural areas made up of 7 separate National Parks and covering around 10,000 square kilometres.

The beauty of the Blue Mountains is shrouded in a veil of mystery and outstanding natural splendor and is known for dramatic scenery with silver mist rises from the green cloaked rainforest, down in the valleys waterfalls gush to feed the scented eucalyptus trees and golden peaks reach towards the sky. 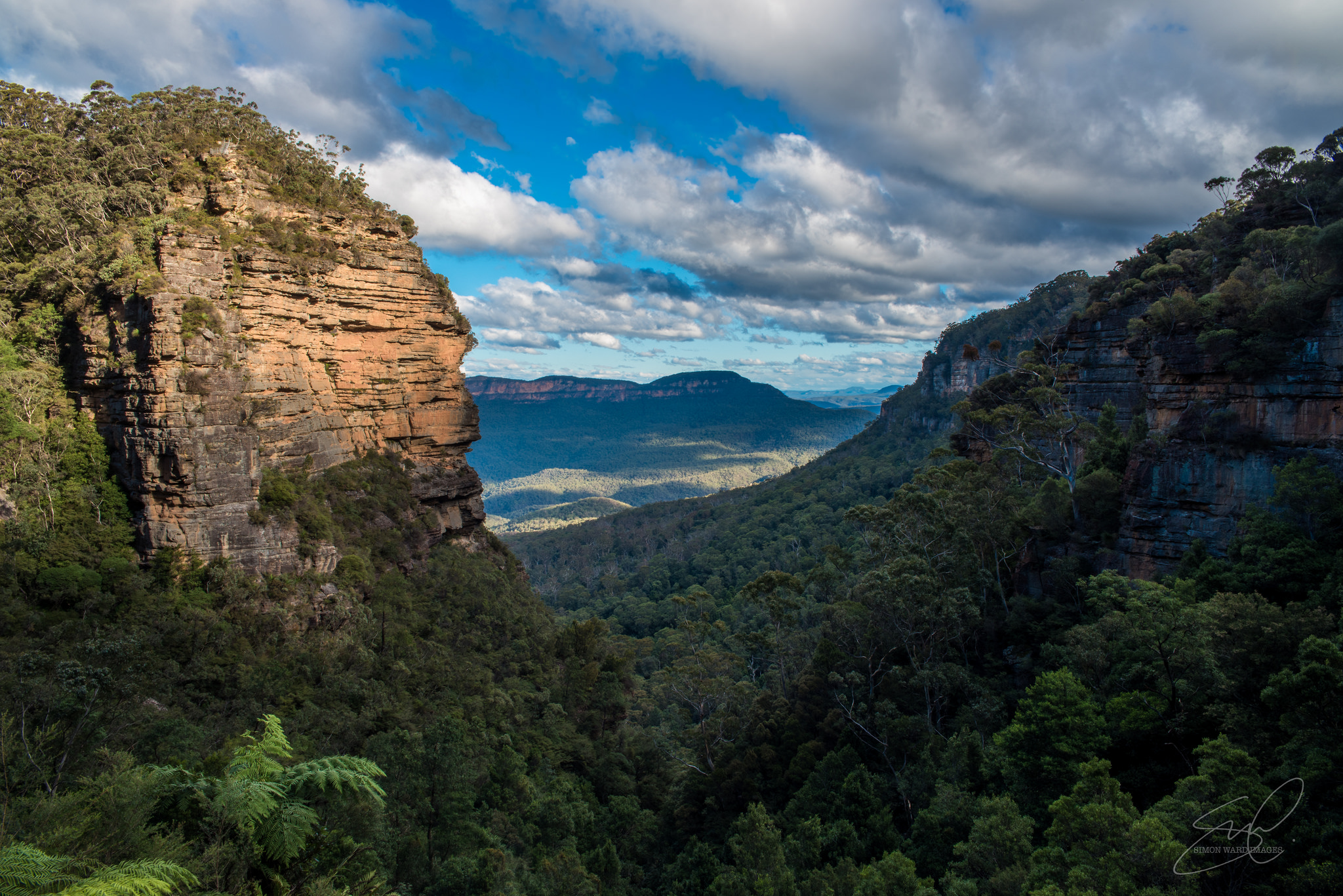 The Blue Mountains has so many lookouts, walks, towns, points of interests, flora and fauna and one of the most spectacular landmarks of this world heritage site has to be The Three Sisters, formed by land erosion around 200 million years ago when the sandstone of the Blue Mountains was eroded over time by wind, rain and rivers, causing the cliffs surrounding the Jamison Valley to be slowly broken up and the story behind the three rocks that stand tall.

Its beauty is subtle,

says Carolyn Melbourne from Jenolan Caves, another of the Blue Mountains’ must-see attractions.

At first glance, visitors see an endless vista of the same type of tree, the eucalyptus…but the Blue Mountains is home to over 91 different types of eucalypts. After a rare heavy rain, the powerful scent of eucalyptus is intoxicating. 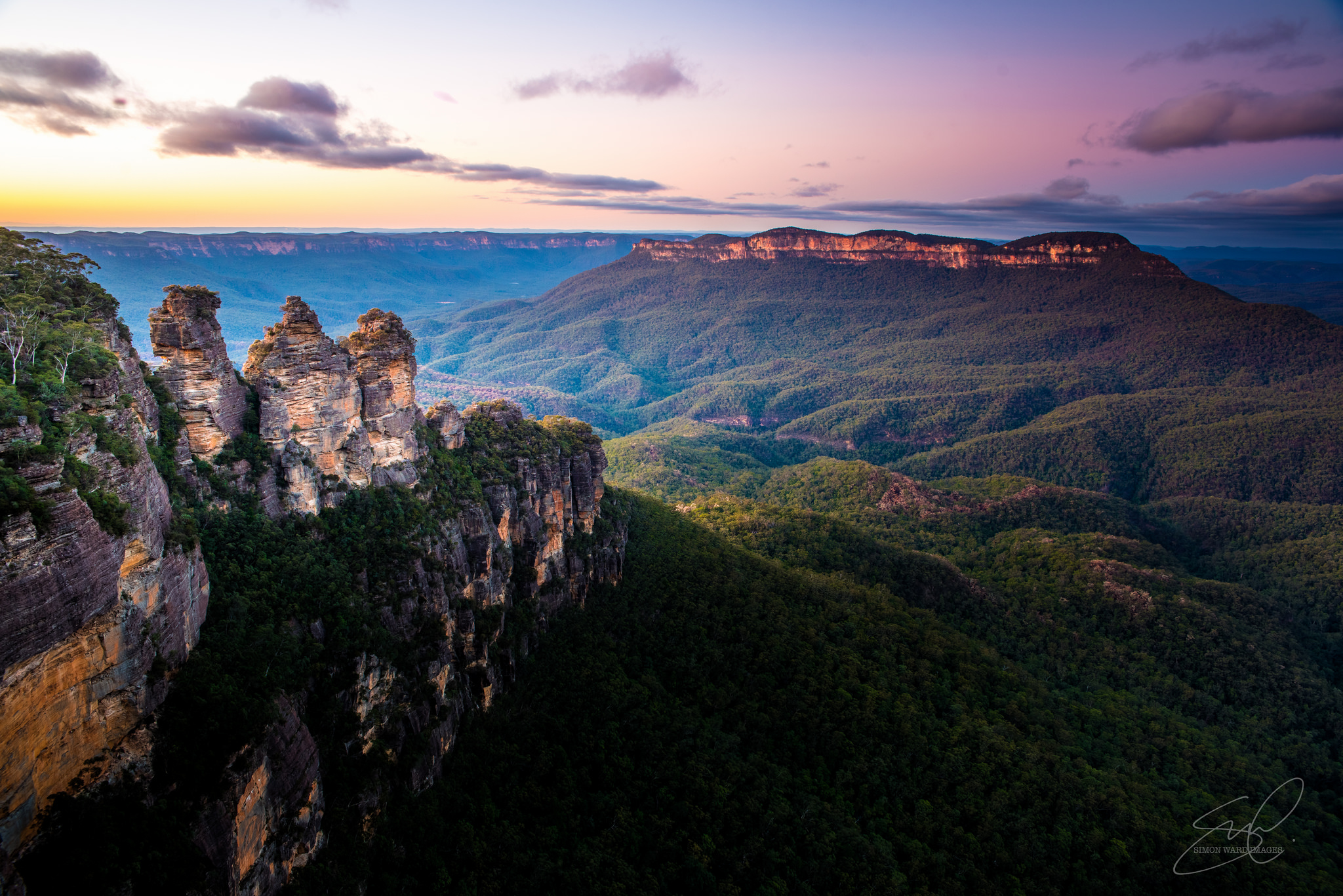 The ancient aboriginal dream-time legend tells the tale of three sisters, ‘Meehni’, ‘Wimlah’ and ‘Gunnedoo’ lived as members of the Katoomba tribe in the Jamison Valley. However, the law of the land forbid the girls from following their desires and marrying outside their own people; As the girls were young, their hearts were captured by three brothers from a neighbouring tribe.

A beautifull tale of love followed by a tale of blood when the brothers decided to kidnap the girls because they were not happy to accept this law. Sadly, a major battle take place between the two tribes and the blood ran thick. An old witchdoctor from the Katoomba tribe feared for the safety of the beautiful sisters and cast a spell to turn them to stone thus keep them safe. During the raging battle the witchdoctor was killed and thus unable to reverse the spell and turn them back.

The sisters stand full of sorrow high above the Jamison Valley, doused in glory, bewitching in their enchantment but never able to return to the human form. Even for those who don’t believe the legend it still makes for a heart wrenching sight to gaze up at these powerful rocks carved from the earth and to remember the tragic tale of magic. 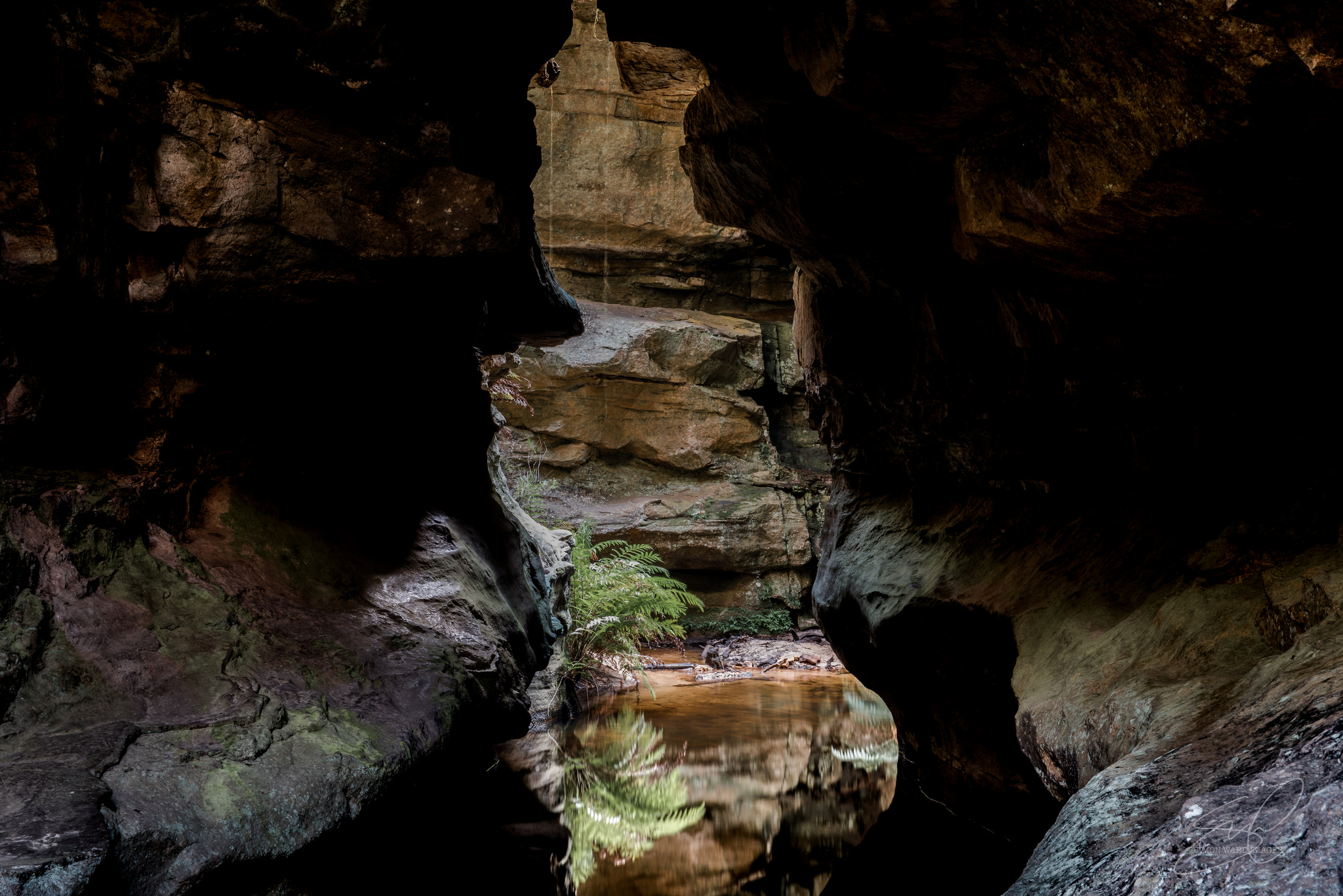 These three sisters capture the sunlight and burst with color throughout the day; even when the sky floods with night, the magical these three majestic rocks glitter gold against the velvet backdrop and make sure to ignite the spark in your imagination and to bring to life a touch of magic and myth with this dream time tale.

So many tourists come to Sydney, see the Opera House, Bondi Beach and the Harbour Bridge before hopping back on a plane and flying to Queensland’s Great Barrier Reef or the Northern Territory’s Uluru – great experiences,

But those people miss out on seeing the outback of New South Wales in its wild, dusty, rugged and treacherous beauty.