As a planet, Venus, shrouded in thick clouds of carbon dioxide, doesn’t lend itself to visual observation. To lift the veil on Earth’s nearest planetary neighbor, spacecraft such as NASA’s Magellan probe use radar to penetrate Venus’ clouds.

The latest series of images was taken in 2012. Detailed radar pictures of the Venetian surface were first obtained at the Arecibo Observatory back in 1988.

“It is painstaking to compare radar images to search for evidence of change, but the work is ongoing. In the meantime, combining images from this and an earlier observing period is yielding a wealth of insight about other processes that alter the surface of Venus,” said Bruce Campbell, Senior Scientist with the Center for Earth and Planetary Studies at the Smithsonian’s National Air and Space Museum in Washington, D.C. 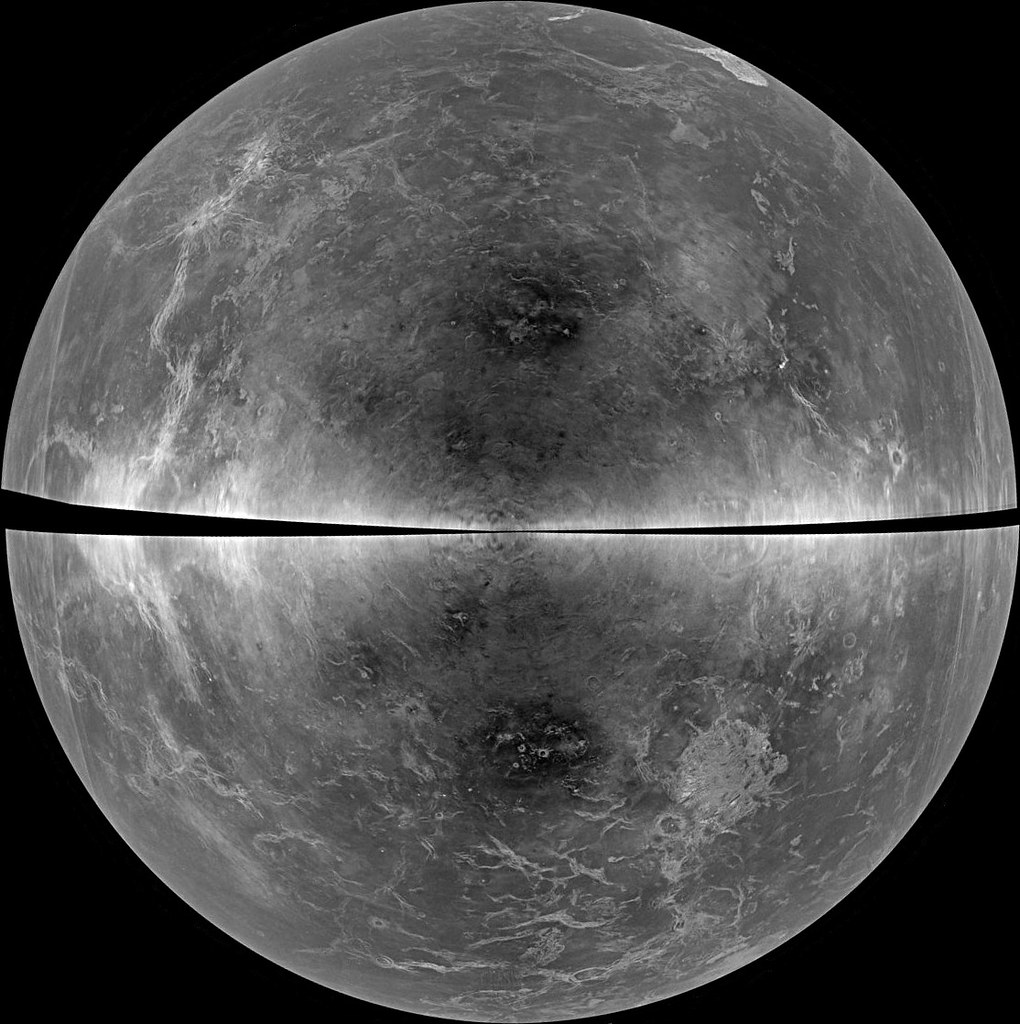 Astronomers have received some new, details images of the surface of Venus, which is normally shrouded by thick clouds made mostly of carbon dioxide (Click to zoom)

Mars, with its thin atmosphere and sub-zero temperatures, might appear inhospitable. But compared to Venus, Mars is relatively easy to explore with the aid of surface rovers. Such methods, using current technology, would be impossible on Venus where the average surface temperature is 462° Celsius.

In addition, such is the weight of Venus’ atmosphere, made up almost entirely of carbon dioxide, pressing down on the planet that surface pressures are estimated to be the equivalent of those found at depths of 3000 feet in Earth’s oceans. The likes of Mars Curiosity Rover, if sent to Venus, would be contemporaneously roasted and crushed as soon as it hit the surface.

The Arecibo facility provided the first hi-res radar images of Venus as far back as 1988 with Arecibo and GBT combining to provide further images in 2012. In the intervening period, Lynn Carter of NASA’s Goddard Space Flight Center also provided further coverage of Venus in the early 2000s.