The latest images of Ceres, captured by NASA’s Dawn spacecraft as it comes ever closer to its rendezvous with the dwarf planet, are the sharpest yet obtained, scientists say. Taken as Dawn moves toward entering orbit around Ceres on March 6, the new and improved images have raised more questions about the dwarf planet and its surface than they have provided answers, say scientists.


More…
New Exoplanet Kepler-432b: One of the most Massive Exoplanets known So Far
Time to make First Contact with Alien Civilizations?
The images, which were taken at proximity of 52,000 miles, reveal craters and mysterious bright spots. “As we slowly approach the stage, our eyes transfixed on Ceres and her planetary dance, we find she has beguiled us but left us none the wiser,” said Dawn mission principal investigator Chris Russell. “We expected to be surprised; we did not expect to be this puzzled.” 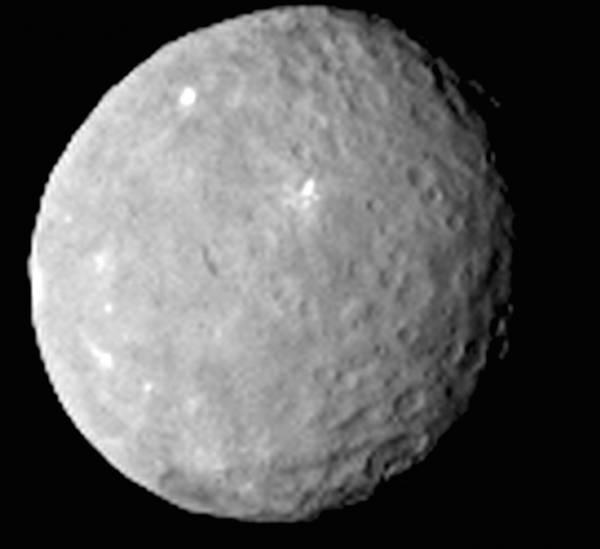