NASA: Jupiter’s Moon Ganymede has a Salty Ocean with More Water than Earth

Believe it or not, astronomers are abuzz about another sea that may be a home for life, and it’s not on Saturn’s Titan or Enceladus, or Jupiter’s icy satellite Europa. New data suggests Jupiter’s moon Ganymede, the largest in the solar system, has an underground ocean which contains more water than all of Earth’s surface water combined, according to NASA.

Although Europa has attracted most of our attention regarding subsurface oceans and potential for life, for decades now, astronomers have speculated that Ganymede – Jupiter’s largest moon – also possesses an ocean of liquid, salty water under its icy crust.

However, scientists here on Earth have come up with a very novel way of learning what Ganymede is hiding.

Ganymede is more than 3,270 miles (~5,200 km) in diameter and the only known moon in our solar system to have its own magnetosphere. It’s also the third of the massive Galilean moons that orbits Jupiter – each of which would be classified as its own terrestrial planet or protoplanet (like Pluto and Ceres) if it were orbiting the Sun rather than it’s host gas giant. It has been estimated that Ganymede is also eight percent larger than Mercury, but only has about 45 percent of the sweltering planet’s mass. Still, with all these impressive characteristics, it’s a wonder why experts have not previously considered it as habitable.

But, the latest findings from Hubble “provide the best evidence to date for the existence of an ocean on Ganymede.” Aurorae, which Nasa describes as “ribbons of glowing, hot electrified gas” can be seen in regions around the north and south poles of the moon.

Because aurorae are controlled by a moon or a planet’s magnetic field, observing changes in their behavior can lead to better understanding of what exists under the crust. Researchers found that Jupiter’s own magnetic field interacts with Ganymede’s, causing a rocking motion in the aurorae. This motion is reduced by magnetic friction applied by the presence of Ganymede’s underground ocean. 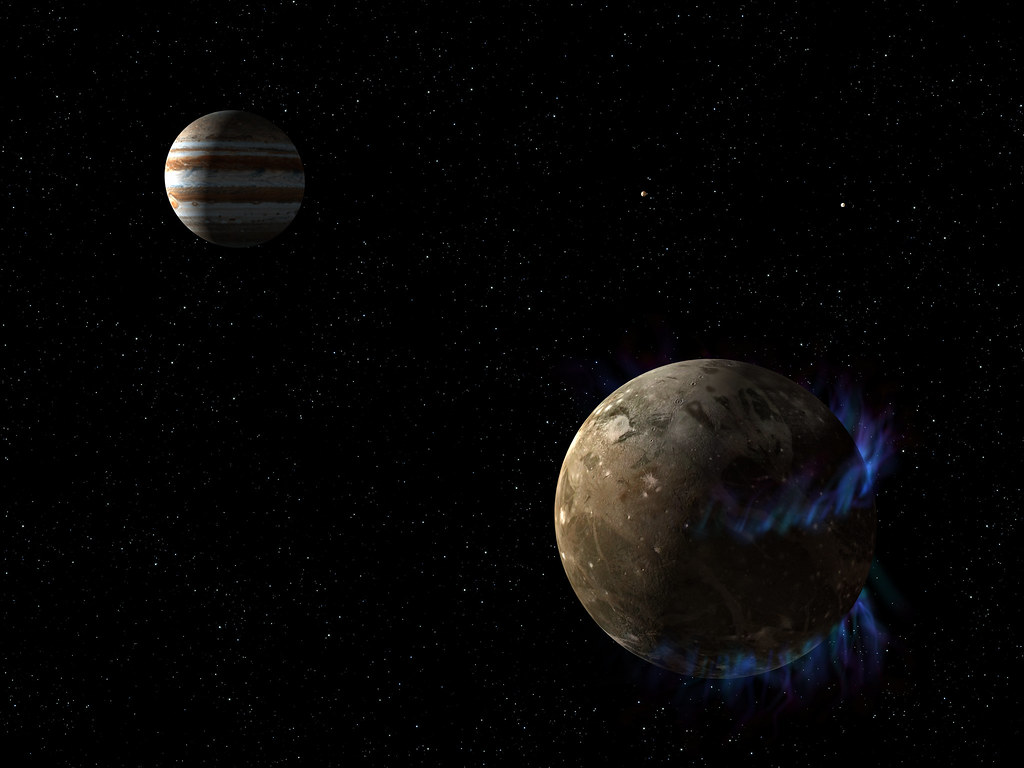 “Hubble observations have now confirmed the presence of a salty, electrically conducting ocean under the crust of Ganymede, and so when the JUICE mission ultimately goes into orbit around Ganymede it will have a very, very rich and exciting science mission,” Heidi Hammel ~ executive vice president of the Association of Universities for Research in Astronomy said.

The new technique of looking to aurorae for signs of a liquid ocean could lead to discoveries of water on bodies far beyond our solar system, researchers say.

“Imagine a magnetically active star with a planet close by,” added Heidi Hammel. “By monitoring the auroral activity on that exoplanet we can infer the presence of water.”

A telescope larger than Hubble may be required to observe distant aurorae, but “now we have a tool that we didn’t have before,” she said.

Bottom Line: The European Space Agency’s JUICE probe (JUpiter ICy moons Explorer) is due to arrive in the Jovian system in 2030 and will study Ganymede, as well as two of Jupiter’s other large moons, Callisto and Europa.