Mystery Signals in Space could be an Earth-Like World

Astronomers have picked up a mystery “noise” which they believe could be coming from an Earth-like planet in the outer space. After analyzing the strange signals emitting from the object, scientists are certain that a habitable planet exists some 20.5 light years away, a report said.

The planet, dubbed GJ 581d, is believed to be in the ‘Goldilocks zone‘ in its solar system where it is neither too hot or cold for liquid water to exist, meaning life could be supported on the surface.

It is likely to be a rocky world, twice the size of Earth and an estimated 20.5 light years away (meaning it would take 20.5 years to get there at the speed of light).

Astronomers used a spectrometer to spot the planet, which measures “wobbles” in the wavelength of light emitted by a star caused as a planet orbits it. GJ 581d is a super-Earth with a mass seven times that of our own planet orbiting a red dwarf star that could also support up to four other planets. The Habitable Exoplanets Catalogue currently records 23 objects of interest.

If GJ 581d does exist, it could be one of the most Earth-like planets yet discovered as ranked by the Earth Similarity Index but that does not mean its surface is the same. 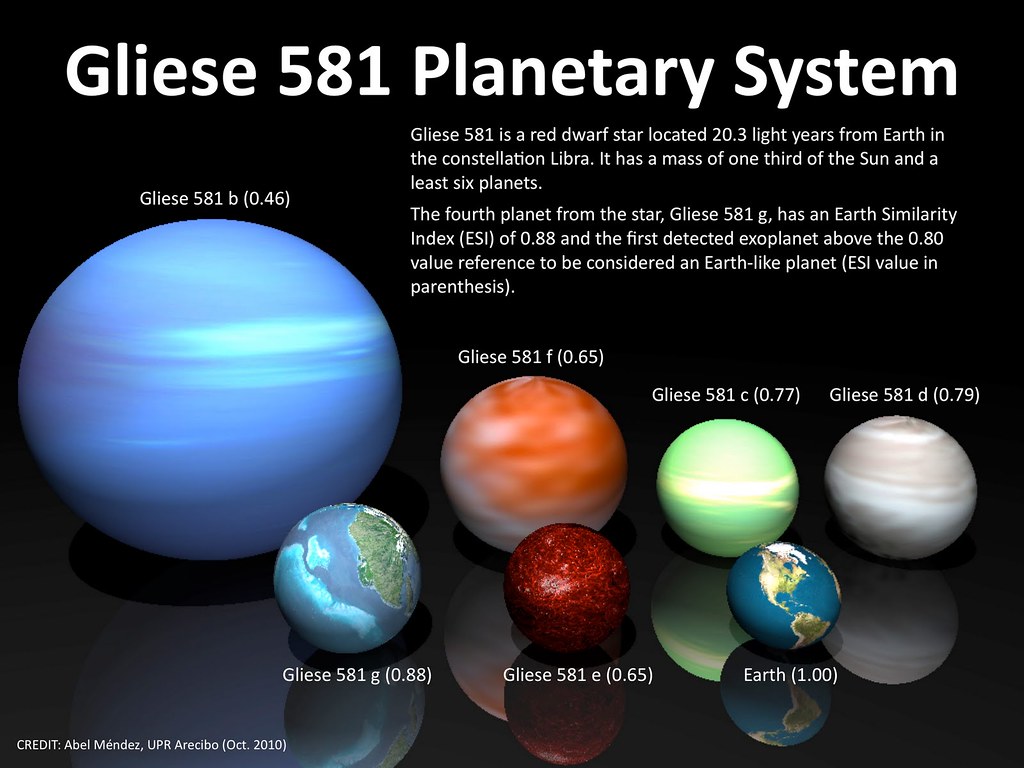 Some studies have suggested Gliese 581d’s denser air and dim red light from its host star would make for a murky environment that would be toxic to humans.

The Index incorporates a number of factors including surface temperature and planet density to rank extrasolar planets in a scale from 0 to 1. The most Earth-like planet yet confirmed was Gliese 581g, orbiting the same star, which ranks at 0.89. “The existence (or not) of GJ 581d is significant because it was the first Earth-like planet discovered in the ‘Goldilocks’-zone around another star and it is a benchmark case for the Doppler technique,” Dr. Guillem Anglada-Escudé, who led the study, said.

“There are always discussions among scientists about the ways we interpret data but I’m confident that GJ 581d has been in orbit around Gliese 581 all along.”

“In any case, the strength of their statement was way too strong,” Dr. Anglada-Escudé added. “If their way to treat the data had been right, then some planet search projects at several ground-based observatories would need to be significantly revised as they are all aiming to detect even smaller planets. One needs to be more careful with these kind of claims.”

For astronomers, the most exciting aspect is its relative proximity – 20 light years away in a galaxy that is 100,000 light years wide.

Robin Wordsworth, who researched Gliese 581d with the Institut Pierre Simon Laplace in Paris, said: “The Gliese system is particularly exciting to us as it’s very close to Earth, relatively speaking. So with future generations of telescopes, we’ll be able to search for life on Gliese 581d directly.”