Mysterious Line of Holes Found by NOAA on Seafloor

Scientists exploring a submerged mountain range in the mid-Atlantic stumbled onto something they can’t explain: An organized series of holes punched in the floor of the Atlantic Ocean.

The discovery was made July 23, and photos show the dots connect into nearly straight lines … or trails … or designs.

NOAA Ocean Exploration isn’t yet sure how to explain it.

We observed several of these sublinear sets of holes in the sediment. These holes have been previously reported from the region, but their origin remains a mystery,

While they look almost human made, the little piles of sediment around the holes make them seem like they were excavated by … something.

The July 23 dive reached depths of 1.7 miles while visiting the summit of an underwater volcano north of the Azores. A remotely operated camera was used to safely record the discoveries. NOAA posted photos that show the holes were found in what is otherwise a flat sandy surface. 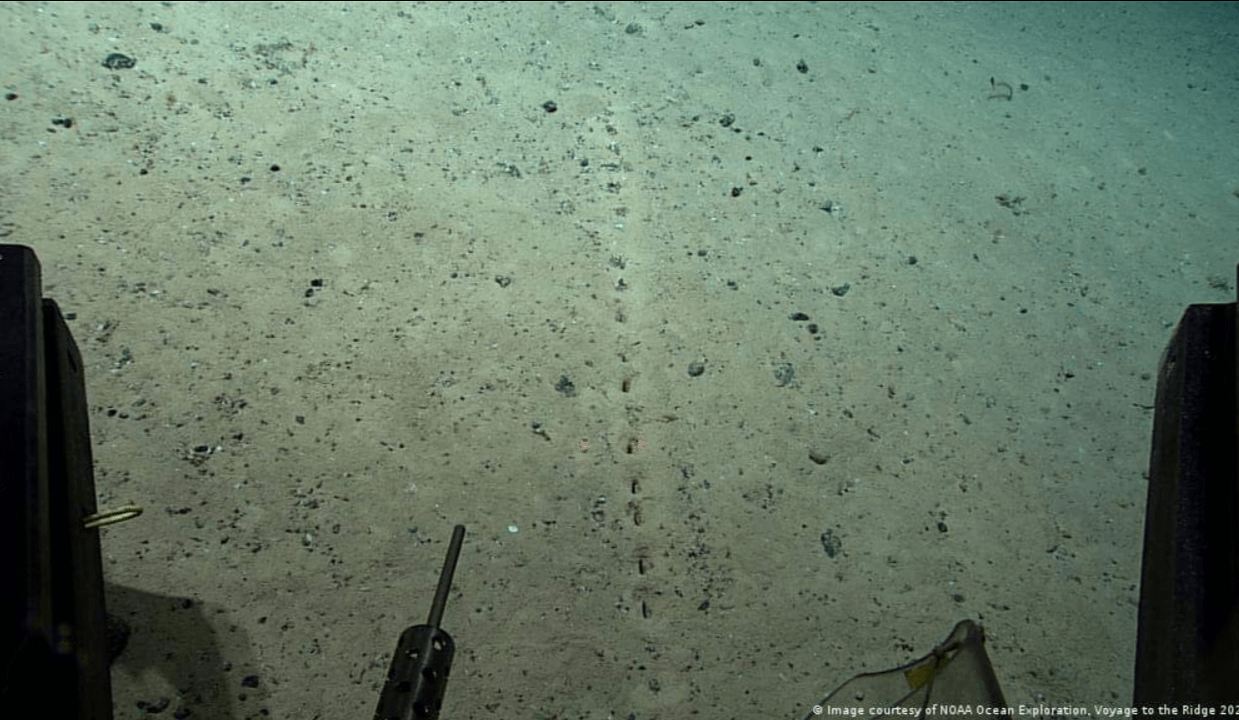 Mysterious holes in the seafloor that look human-made despite being located 2,540 meters (8,333 feet), or 1.6 mile underwater..©NOAA OCEAN EXPLORATION, VOYAGE TO THE RIDGE 2022

Scientists invited the public to offer theories, but commenters have raised more questions, including some who wondered if the holes were made by someone taking core samples.

Is that an object or animal inside the holes? Does that line run in the same direction as the current?

What about gas methane?”

The discovery was made as part of the Voyage to the Ridge 2022 expedition, which is exploring and mapping the “poorly understood deepwater areas of the Charlie-Gibbs Fracture Zone, Mid-Atlantic Ridge, and Azores Plateau.”