Usually, tunnels are made either by human engineers or flowing water. But near the town of Novo Hamburgo, Brazil, there are tunnels large enough to drive a car in that were dug by neither — instead, these are the work of ancient, giant sloths.

The massive burrows are estimated to be at least 8-10,000 years old, and there’s no known geologic process that can explain how they got here. Thankfully, a glance at the walls quickly clears the mystery — massive claw marks line the walls and ceilings of the tunnels. Ancient, giant sloths are the prime suspect behind the creation of these paleoburrows.

We’ve known about the existence of these structures since the 1930s at least, but in the early days, they were chalked up to the efforts of early humans. Up until 2010, nobody really bothered with them. That’s when Amilcar Adamy, a geologist at the Brazilian Geological Survey decided to investigate rumors of a particular cave in the state of Rondonia, in Brazil’s the north-west. It turned out to be the largest paleoburrow in the country, over twice the size of the second largest paleoburrow. He explored the cave inch by inch trying to determine what geological process created it, but in the end had to contend that it simply doesn’t look natural at all. 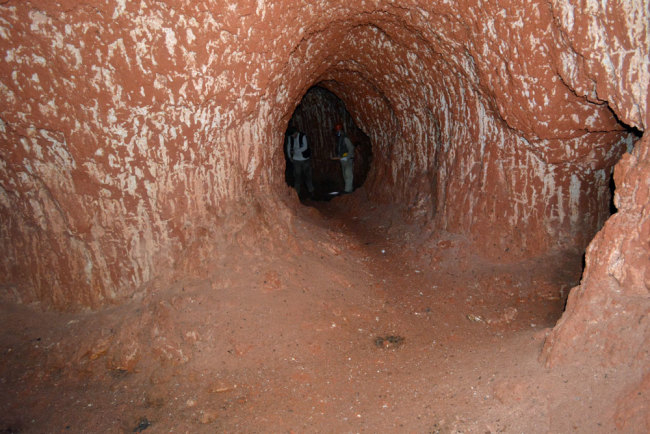 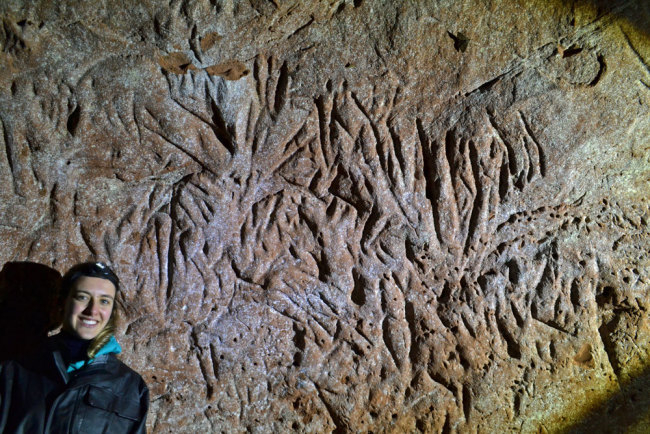 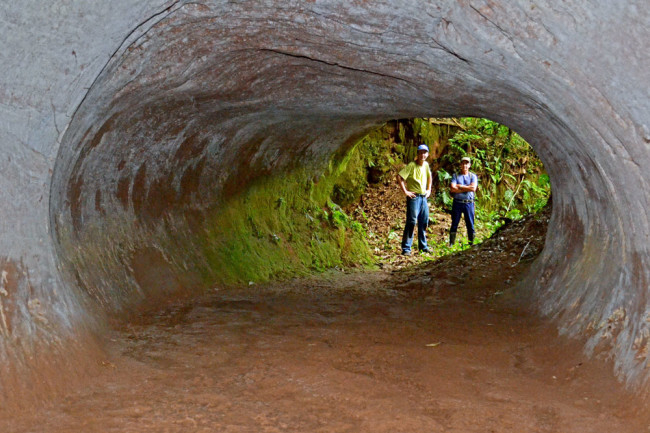 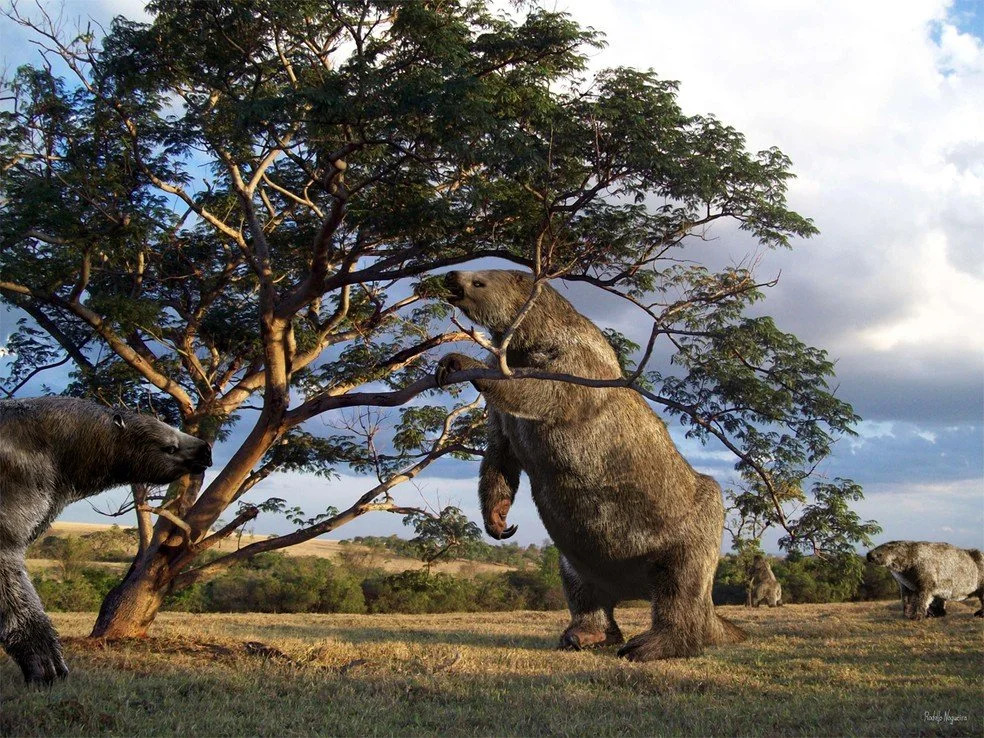 Heinrich Frank, a professor at the Federal University of Rio Grande in Brazil, also stumbled upon such a cave while touring a construction site — in the country’s southernmost tip, near the city of Novo Hamburgo. Similarly puzzled by the structures, Frank and his team of researchers explored the cave and would go on to discover 1,500 more such tunnels in the Rio Grande do Sul area alone.

I didn’t know there was such a thing as palaeoburrows,

I’m a geologist, a professor, and I’d never even heard of them.

There’s no geological process in the world that produces long tunnels with a circular or elliptical cross-section, which branch and rise and fall, with claw marks on the walls.

In the meantime, though, researchers have come to believe that the burrows were dug by either by huge ground sloths — about as big as an African elephant — that lived about 10,000 years ago or now-extinct armadillos that would’ve worked in teams to dig. One thing they do agree on, however, is that these things are huge. Many of the larger burrows Frank’s team discovered stretch hundreds of feet long and branch off in various other directions. The largest measures some 2,000 feet (600 meters) long, 6 feet (about 1.5 meters) tall, and varies from 3 to 5 feet wide. Meaning the animals dug out 4,000 metric tons of dirt to create just this one burrow.

That (along with the distinctive claw marks left in the tunnels’ walls) seem to point to the giant sloths as being their creators. Even so, the team estimates that given the sheer amount of work required to build them, it took several generations of the beasts working tirelessly to dig this immense burrow.

The majority of these paleoburrows have been found in the states of Rio Grande and Santa Catarina, both in southern Brazil. A precious few have been found in the northern part of Brazil or other South American Countries. This would suggest that the species of ground sloths that dug these burrows had a pretty limited range. Though, of course, it could be that there are burrows in other areas and we simply haven’t found them yet.

The full paper “Megaichnus igen. nov.: Giant Paleoburrows Attributed to Extinct Cenozoic Mammals from South America” has been published in the journal Ichnos.