As galaxies mature, they stop forming stars — but why? Now astronomers are hot on the trail of finding the culprit. By now we know that the vast majority of galaxies have supermassive black holes in their cores. These galactic behemoths generate some energetic phenomena, especially when matter falls onto their accretion disks and event horizons.

Often, the energy generated by active galactic nuclei (where these rambunctious black holes reside), will regulate the star formation processes in their host galaxy.

Now, a new study has provided deeper insight into how big black holes can block formation of new stars in the aging galaxies. The study found that massive black holes spewing out radio-frequency-emitting particles at near-light speed can block new stars.

“When you look into the past history of the universe, you see these galaxies building stars,” said Tobias Marriage, assistant professor of physics and astronomy at Johns Hopkins and co-lead author of the study. “At some point, they stop forming stars and the question is: Why? Basically, these active black holes give a reason for why stars stop forming in the universe.” 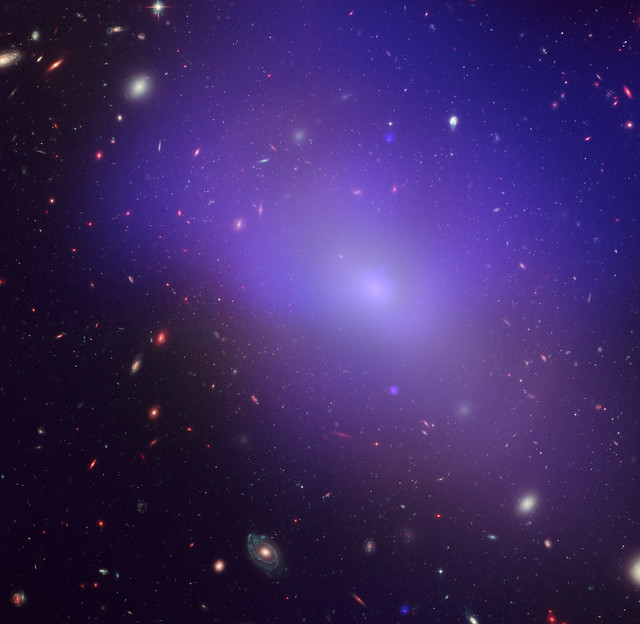 The findings were made by adaptating a well-known research technique among professional astronomers for use in solving a new problem. The Sunyaev–Zel’dovich (SZ) effect occurs when high-energy electrons in hot gas interact with faint light in the cosmic microwave background.

“The SZ is usually used to study clusters of hundreds of galaxies but the galaxies we’re looking for are much smaller and have just a companion or two,” said Johns Hopkins postdoctoral fellow Megan Gralla.

In space, hot gas drawn into a galaxy can cool and condense, forming stars. Some gas also funnels down into the galaxy’s black hole, which grows together with the stellar population. This cycle can repeat continuously; more gas is pulled in to cool and condense, more stars begin to shine and the central black hole grows more massive.
But in nearly all mature galaxies – the big galaxies called “elliptical” because of their shape – that gas doesn’t cool any more. “If gas is kept hot, it can’t collapse,” Marriage said. When that happens: No new stars.

The team used data from the Atacama Cosmology Telescope, a 6-meter telescope in northern Chile.