Loving Embrace of a Mother and her Child Lasts for 4,000 years

An interlocked skeletal remains of a mother and her child have been found by the Chinese archaeologists in a site that dates back to the Bronze Age in Qinghai Province, China in about 2,000 BC.

The loving embrace of the mother shielding her child from a powerful earthquake that hit Qinghai province, has lasted 4,000 years, as the archaeologists discovered the two skeletons, frozen in time, huddling together in terror, trying to survive the disaster. Their final moments before the catastrophic event that wiped out the entire settlement, leading to comparisons with the ancient Roman city Pompeii (the Roman city overcome by the explosion of Vesuvius in 79 AD) – although the site, known as Lajia is more than 2,000 years older than Pompeii. 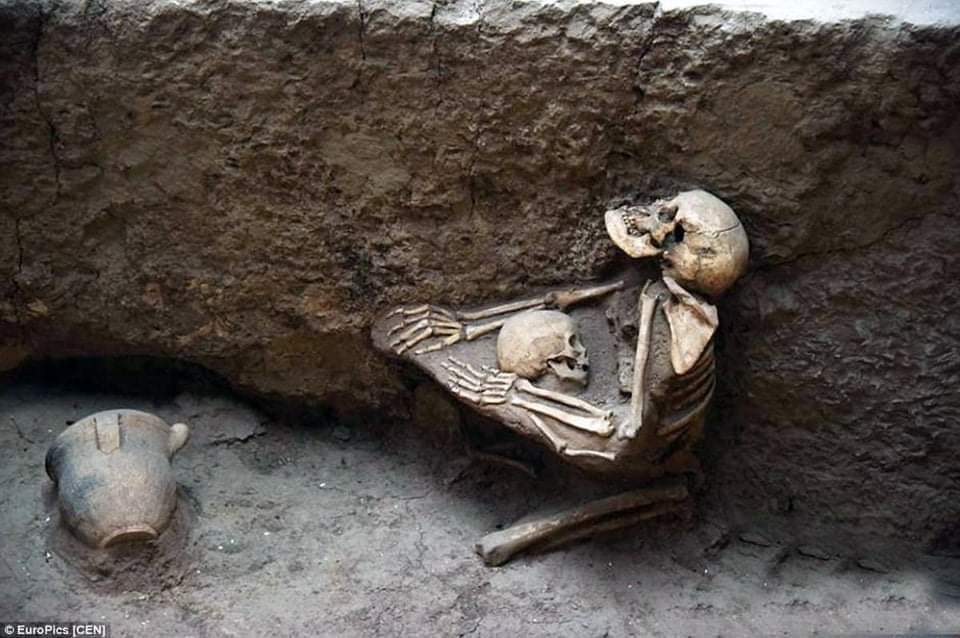 Experts believe the site was hit by a massive earthquake that triggered massive floods from the Yellow River, but we still do not know much about the exact scale of the disaster. The whole site is stunning, riddled with tragic scenes. It’s just heartbreaking. The woman’s skull looks upwards as she kneels on the floor as her arms encircle her young child (Archaeologists believe her child was a boy). The scene is so shocking, the China People Daily says, it brings tears to the eyes of visitors. The victims have been put on display by the Lajia Ruins Museum. 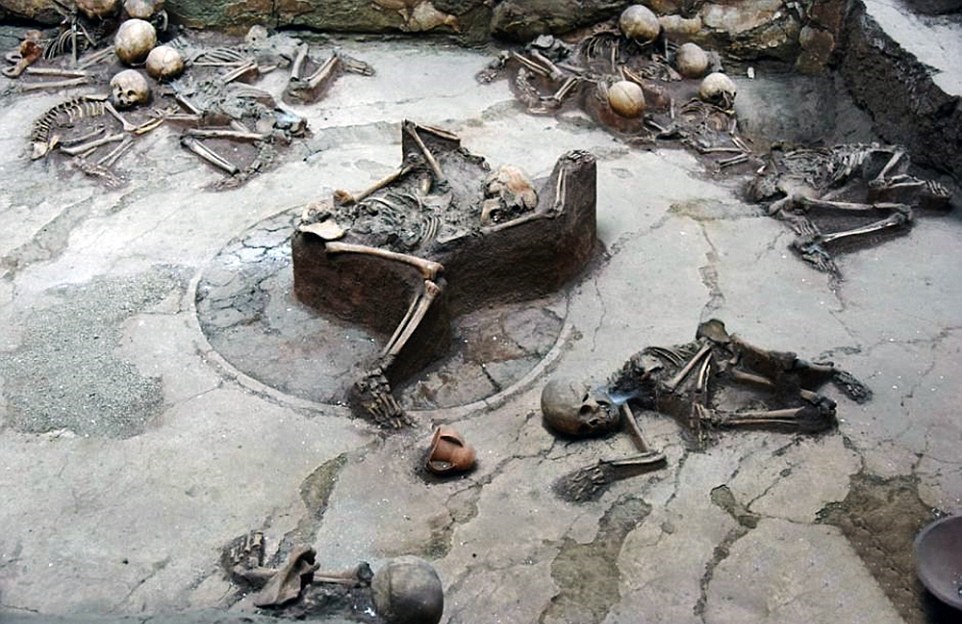 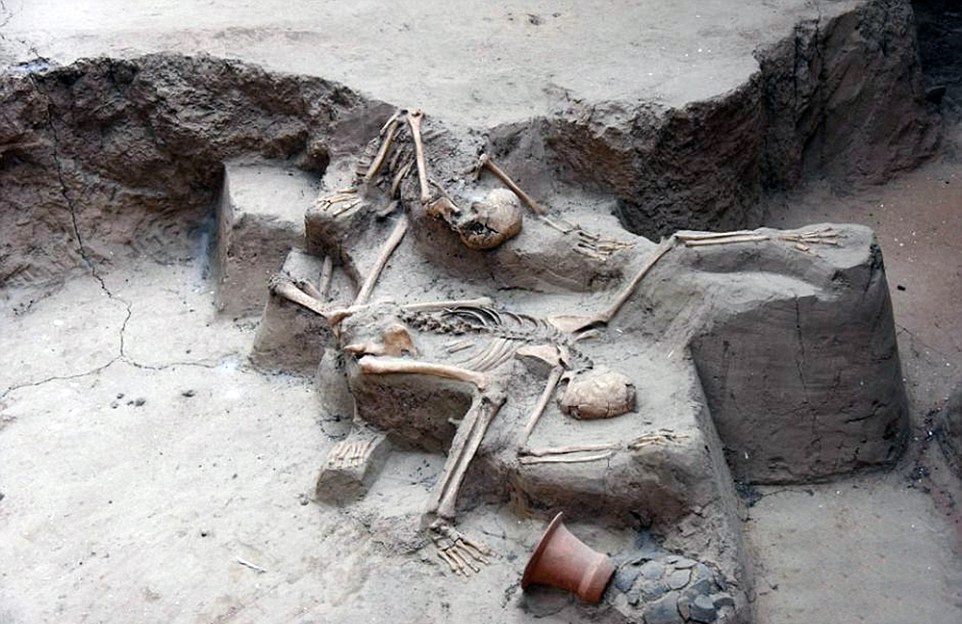 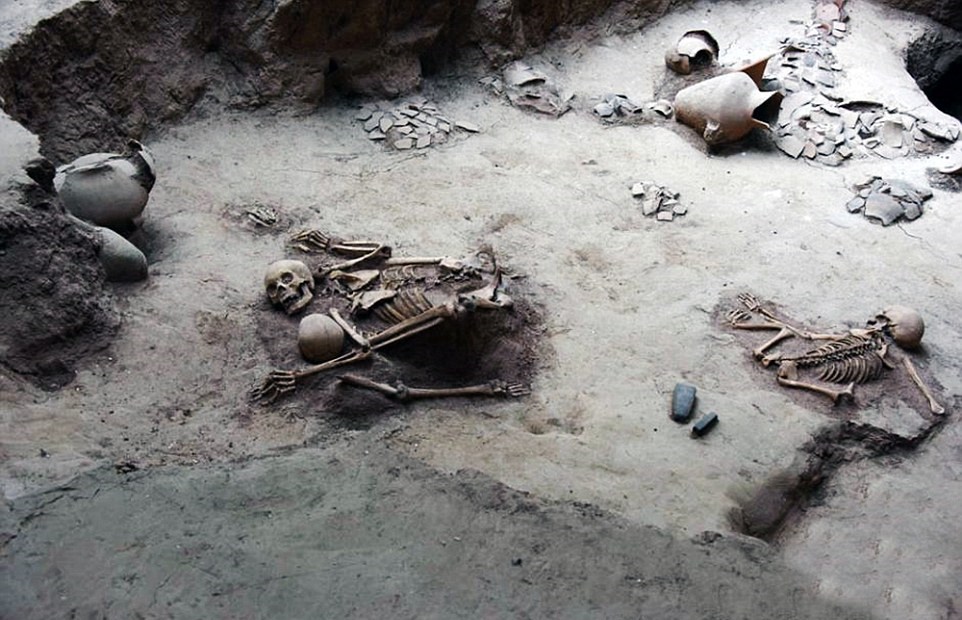 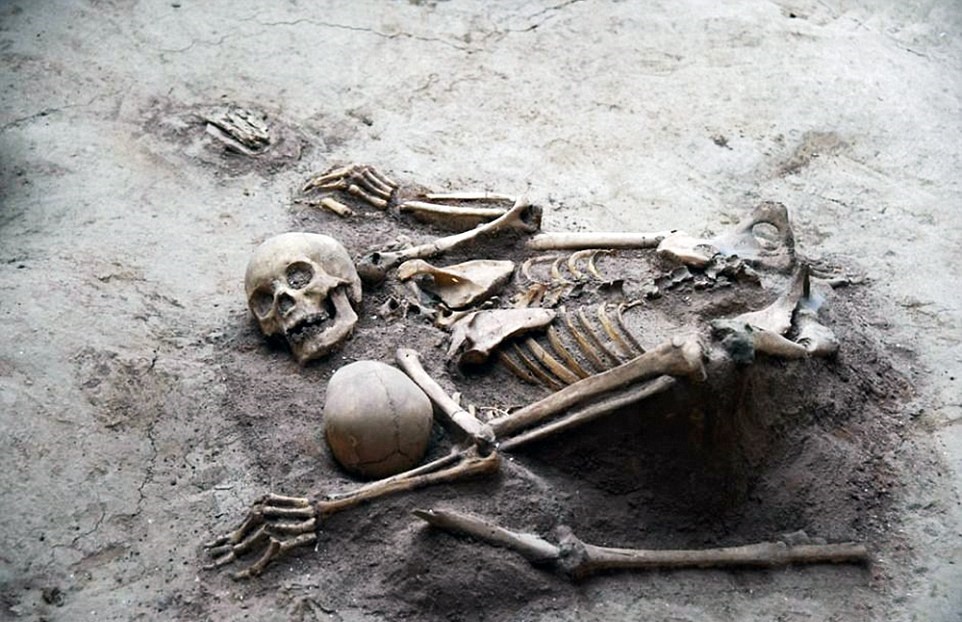 The whole site is amazing, it paints an incredibly well-preserved image of an important ancient event.

The unfortunate town of Lajia has now been branded the “Pompeii of the East”. It was one of the cradles of ancient Chinese civilization, which means the area is now of huge archaeological importance holding clues to an early Bronze Age civilisation that lived in the upper Yellow River region.