Life on Earth may have Flourished Even Before 3.2 Billion Years Ago

The ancient Earth was a hostile environment marked by unpredictable climate and oxygen-deprived air over 3 billion years ago. Until this week, scientists believed that life forms came into existence, and started using Earth’s nitrogen, around 2 billion years ago. But the new research from the University of Washington changes all these previous theories.

According to this news study, which analyzed 52 ancient rock samples and found that organisms capable of pulling nitrogen from the atmosphere and converting it into a usable form first appeared around 3.2 billion years ago — about a billion years earlier than previous estimates. This finding suggests that nitrogen may have helped some planets, such as Mars, support life, researchers say.

Although life can exist without oxygen — and did, in the earliest days of life on Earth — without nitrogen, such organisms would be scarce. Nitrogen is needed to create proteins, DNA and RNA, and necessary for plants to grow and photosynthesize. It is an essential nutrient for all life on Earth and must have been available since its origins, researchers said. 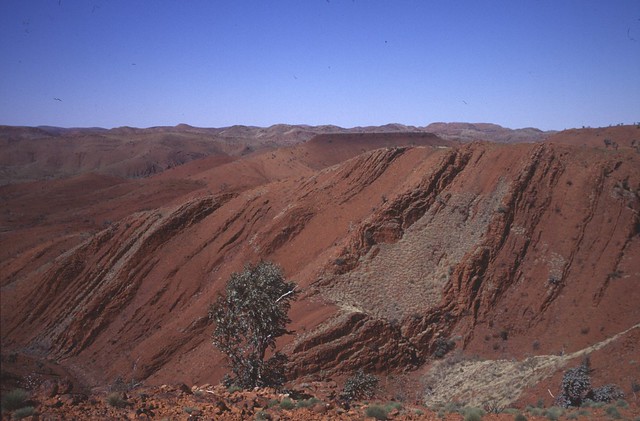 The oldest samples are sedimentary rocks that formed 3.2 billion years ago in northwestern Australia. They contain chemical evidence for nitrogen fixation by microbes.R. Buick / UW (click to zoom)

The 52 rock samples that the researchers looked at date back from between 2.75 billion to 3.2 billion years ago and were formed before oxygen became present in the atmosphere and thus preserved the chemical clues that are not present in modern rocks.

The researchers found that there were plenty of nitrogen 3.2 billion years ago that would have sustained the most basic life forms such as viruses, bacteria and other organisms, suggesting that organisms that can pull nitrogen from the atmosphere and convert this into a usable form first emerged during this period, which is a billion years earlier than previously believed.

“People always had the idea that the really ancient biosphere was just tenuously clinging on to this inhospitable planet, and it wasn’t until the emergence of nitrogen fixation that suddenly the biosphere become large and robust and diverse,” said co-author Roger Buick, a UW professor of Earth and space sciences. “Our work shows that there was no nitrogen crisis on the early Earth, and therefore it could have supported a fairly large and diverse biosphere.”

“It is fascinating to imagine that this complex metabolic process has been operating on the Earth for over 3 billion years,” lead study author Eva Stüeken, a geobiologist at the University of Washington in Seattle said.

Even the oldest samples the researchers analyzed showed chemical evidence that life was fixing nitrogen. Nitrogen comes in two stable forms — the more common nitrogen-14 atom and the rarer, heavier nitrogen-15 atom — and the ratio of heavier to lighter nitrogen atoms seen in the rocks fits the pattern that results from nitrogen-fixing enzymes in microbes.

It’s evidence, researcher say, that microbial life likely stretched out across oceanside rocks in a thin film. And it’s the best evidence scientists can expect to find, Buick and his colleagues say.

“We’ll never find any direct evidence of land scum one cell thick, but this might be giving us indirect evidence that the land was inhabited,” Buick said. “Microbes could have crawled out of the ocean and lived in a slime layer on the rocks on land, even before 3.2 billion years ago.”

Future work will look at what else could have limited the growth of life on the early Earth. Stüeken has begun a UW postdoctoral position funded by NASA to look at trace metals such as zinc, copper and cobalt to see if one of them controlled the growth of ancient life.