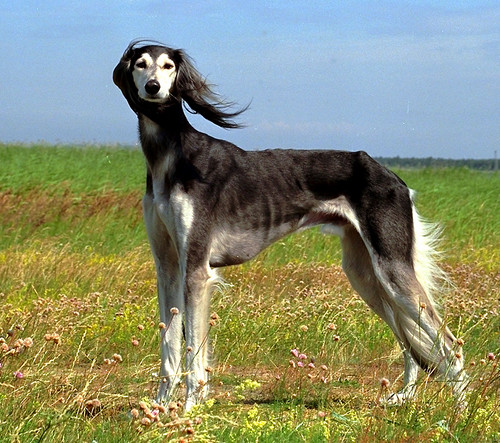 16. Bees wings move so fast that they shed electrons, so the bee becomes positively charged. The pollen is negatively charged so it “sticks” to the bee, without the bee having to touch the flower. That’s also how they tell if another bee has been to the flower and taken all the pollen already, because the flower will be neutrally charged.

17. Upon reaching maturity all sheepshead fishes are female; they live in a pack with one big alpha male. If the male is removed from the pack, the largest female changes to a male. Likewise any single sheepshead kept solitary will morph into a male. Sheepsheads are sexually dimorphic, meaning the male looks different from the female.

18. The monarch butterfly’s migration is started (at point A) by one generation and finished (return to point A) by their grandchildren.

19. The Saluki (looks like a shaggy greyhound) is the fastest land animal on the planet in a three mile race.

20. Kangaroos are pretty much giant marsupial bellows. While hopping/running, cord sort of things in their legs pull down their lungs to expand them (inhale) when they jump. When they land, the cords relax and the lungs constrict, pushing air out of the body. The reason they’re built like this is because it keeps their breathing consistent. If they took a breath at the wrong time mid-jump or held it too long, their lungs would be pressed against their ribs on landing and their diaphragm would burst (along with the lungs, probably).