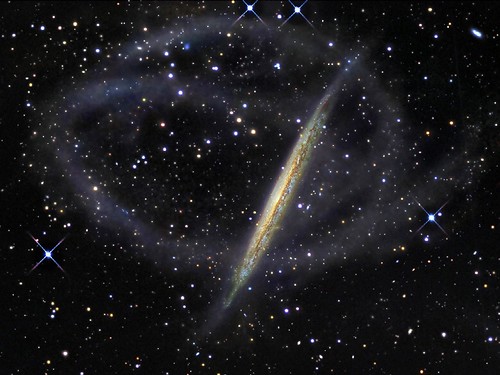 Now that the concept of a spiral galaxy is clear, let’s have a look at some of its facts which would help to simplify this concept a little more.

1. In 2005, it was confirmed that our own galaxy, the Milky Way is an example of a barred spiral galaxy.

2. According to many leading space research websites, out of over three quarters of galaxies discovered, 80% of them are spiral galaxies.

3. NASA claims that all spiral galaxies rotate and some of them take help of eons to complete one single rotation. The organization has also named almost every galaxy known to man.

4. How close are the arms of spiral galaxies actually help astronomers classify the additional group of stars around them.

5. Some researchers believe that the spinning motion of galaxies which is at hundreds of kilometers per second is responsible for the distinctive spiral shape of the galaxy.

6. Within a spiral galaxy, millions of new stars are born after a specific period and scientists believe that their disks are made of halo, which is supposed to be rich source of dark matter. With the birth of these new stars large amounts of gases and dust are also formed.

7. Small clusters that are formed outside the spiral galaxy have more than a million stars in them which constantly encircle these galaxies.

There are many more amazing facts about the universe that are yet to be discovered. If you find any more interesting information about spiral galaxies, please leave your valuable comments in the suggestion box.