There are over 100,000 islands on earth. Many are tropical and many are covered in ice. The number of islands on earth is constantly changing due to the rise and fall of sea levels. When the sea levels are high, many small islands disappear. There are several different ways for islands to form. You can even have an island made. Here are 25 interesting facts about islands. 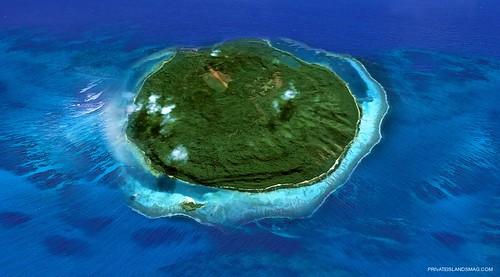 1. This year, Google sent a lone employee to map the abandoned Hashima Island in Japan, which was once the most densely-populated place on Earth.

2. Colombian drug trafficker Carlos Lehder bought himself an island in the Bahamas where he put an airstrip, which controlled the drugs coming in from South America and entering the US. He became so wealthy that he offered to pay Colombia’s foreign debt for amnesty.

3. Pig Beach is an Island in the Bahamas that is inhabited only by swimming pigs.

4. If you die homeless or with no money in New York City, you are buried by prisoners on Hart Island in a mass grave, with up to 1000 per grave for children and 50 for adults, with the exception of Special Baby number 1, the first baby to die of AIDS.

5. Due to its isolation, a third of the plant life on the island of Socotra (Yemen) is found nowhere else on the planet. It has been described as “most alien-looking place on Earth.”