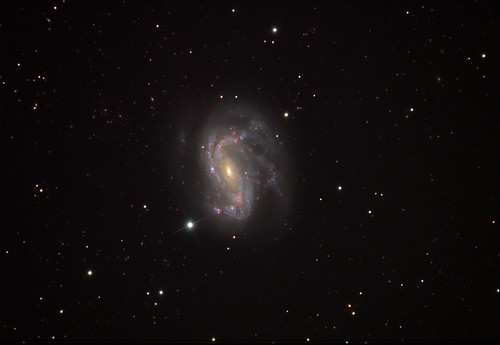 21. Quasars emit more energy than thousands of times the entire output of our galaxy.

22. Light entering our eyes from the top half of the Andromeda Galaxy is approx. 250,000 years older than the bottom half.

23. Scientists have found a star, now known as S2 that is orbiting a supermassive black hole at the center of our galaxy at speeds exceeding 11,000,000 mph.

24. NASA dubbed Galaxy NGC 4151 the “Eye of Sauron” for its striking similarity to Tolkien’s character.

25. A dwarf galaxy named Segue 2 is the least massive galaxy in the known Universe, located 114,000 light-years away. The galaxy consists of just 1,000 or so stars with a bit of dark matter holding them together.