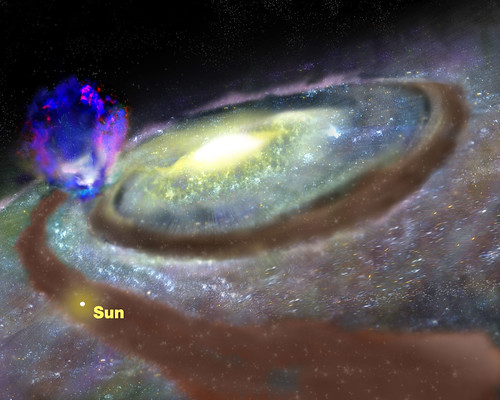 16. In areas with clear skies and no light pollution, the center of The Milky Way is bright enough to cast obvious shadows on the ground at night.

17. The Earth and our solar system are currently traveling through in an area with only 5% of the average density of the Milky Way Galaxy. It was likely blasted clear by a supernova 300,000 years ago.

20. The last time a star went supernova in our galaxy was in 1604, and we’re overdue for another one.