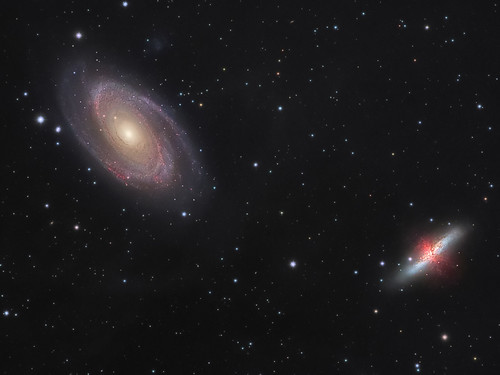 11. Scientists have named a galaxy, “Death Star Galaxy” because it is shooting an energetic blast of energy from its supermassive black hole at its companion galaxy and thereby destroying it.

12. The lowest note in the observed universe is caused by the rumbling of a black hole in the Perseus galaxy 250 million light years from Earth. It is 57 octaves below middle C.

13. There’s an unknown object in the nearby galaxy m82 that started sending out radio waves. The emission doesn’t look like anything seen before and those signals were sent back when humanity’s ancestors were still swinging in trees (10 million light years away).

14. There are about 24 galaxies in the observable universe for every single person alive on earth (170 Billion galaxies/7 Billion humans).

15. Due to the increasing speed with which all known galaxies are drifting further away from each other, in a few billion years future civilizations anywhere in the universe will be unable to see any galaxy but their own on a clear sky.