A galaxy is a massive, gravitationally bound system that consists of stars and stellar remnants, an interstellar medium of gas and dust. Examples of galaxies range from dwarfs with as few as ten million stars to giants with a hundred trillion stars, each orbiting their galaxy’s own center of mass. So, here are 25 interesting facts about galaxies. 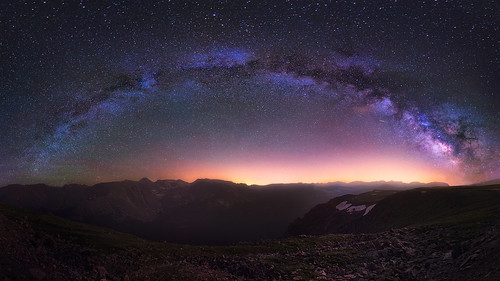 1. Our own galaxy, The Milky Way has other smaller galaxies known satellites galaxies that orbit around it.

2. These interstellar objects that are smaller than galaxies have been named dwarf galaxies that have several billion stars and there are even smaller objects called hobbit galaxies.

3. The Andromeda Galaxy is not the closest galaxy to ours, and in fact there is one 100 times closer called Canis Major Dwarf Galaxy that is 42,000 light years far from the galactic center and it is a satellite dwarf of the Milky Way.

4. The Milky Way is currently in the middle of absorbing another smaller galaxy, the Sagittarius Dwarf Elliptical Galaxy, one of our satellite galaxies.

5. Scientists attribute The Milky Way’s current spiral arm structure to it consuming a dwarf galaxy over 2 billion years ago.