Huge Solar Flare Spotted On Nearby Star 420 Light Years Away

Using ALMA telescope, astronomers have observed a huge solar flare on the surface of Mira, one of the closest red giant stars in the night sky about 420 light years away in the constellation Cetus.

This type of activity for a red giant star is unexpected, a surprise to scientists. This finding could help explain how solar flares from these giant stars influence galactic ecosystems and may also tells astronomers about the future of the Sun.

ALMA’s vision is so sharp that we can begin to see details on the surface of the star. Part of the stellar surface is not just extremely bright, it also varies in brightness. This must be a giant flare, and we think it’s related to a flare which X-ray telescopes observed some years ago.

Red giants as Mira A are crucial components of galaxy’s ecosystem. As they reach the end of their lives, they begin to lose their outer layers and this activity releases “smoky’ stellar winds that carry heavy elements into space that form new baby stars and planets. Most of the carbon, oxygen, and nitrogen in our bodies was formed in stars and redistributed by their winds.

Mira, a star named after the Latin word for “wonderful” has been a favorite of astronomers for decades. Its one of the most famous and well-known variable stars of its kind.

Billions of years ago, Mira was similar to our sun. Over time, it began to swell into what’s called a variable red giant – a pulsating, puffed-up star that periodically grows bright enough to see with the naked eye.

Mira A, part of the binary system Mira (Mira A & Mira B) which lies 420 light-years away from Earth. The binary system consisting of two stars: Mira B is a normal main-sequence star, about the same mass as the sun ~ 0.7 solar masses, is a hot dense white dwarf star. Mira A, a cool red giant star. These 2 star are orbiting each other at a distance about the same as Pluto’s average distance from the Sun.

Mira is a key system for understanding how stars like our sun reach the end of their lives, and what difference it makes for an elderly star to have a close companion. 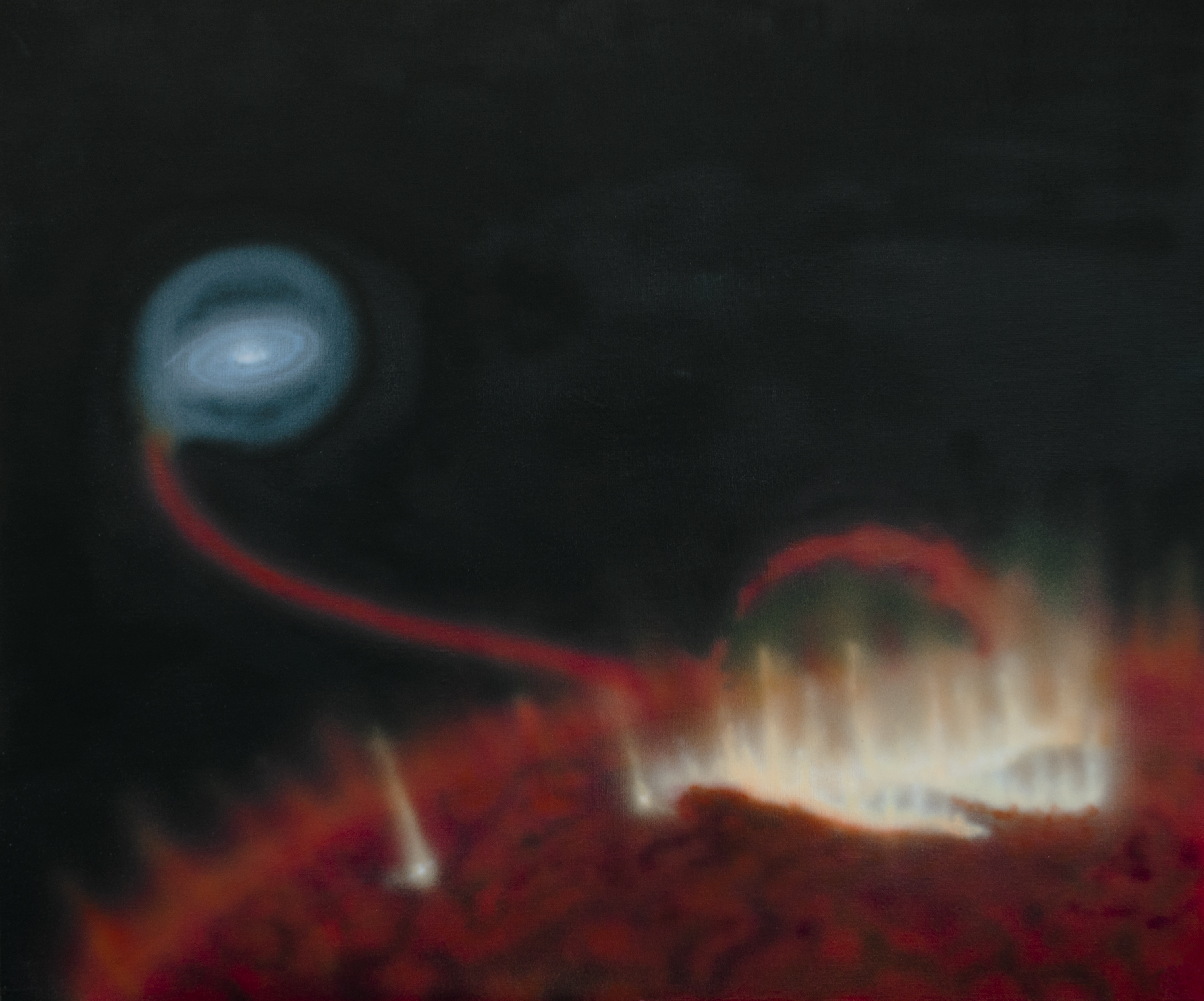 The Sun’ activity is powered by magnetic fields and seeing a flare on Mira A suggests they also have an influence of the red dwarf — solar wind can create auroras on Earth.

Seeing a flare on Mira A suggests that magnetic fields also have a role to play for red giants’ winds.

ALMA has shown us details on the surface of Mira for the first time. Now we can begin to discover our closest red giants in detail that hasn’t previously been possible.


The Atacama Large Millimeter/submillimeter Array (ALMA) is a revolutionary instrument in its scientific concept, its engineering design, and its organization as a global scientific endeavor…Thanks to its high resolution and sensitivity, ALMA will open an entirely new “windovl on the Universe, allowing scientists to unravel longstanding and important astronomical mysteries, in search of our Cosmic Origins.