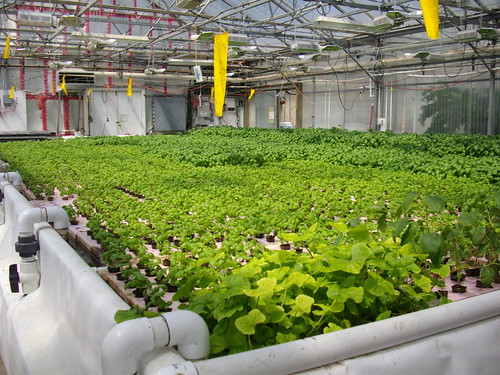 The West has had a few reasons to envy China over the last few decades and it may well have another one. A botanical team from the University of Birmingham in England, along with partners from China, claim that the huge amount of plant diversity in China may be crucial to global food security in the future.China’s flora includes over 20,000 higher plant species.

The researchers identified 871 of these native species that are known as crop wild relatives (CWR). They are called this because of their genetic potential to adapt and help maintain 28 important global crops (such as rice, wheat, soybeans, and many others).

Forty-two percent of them occur nowhere else in the world.However, it’s not all good news. The researchers also found that at least 17 percent of these enormously valuable species are in danger of extinction and require immediate attention.

In the meantime, with a database of all the species completed, efforts are under way to start preserving the species in gene banks in order to retain their valuable traits. The world is only just beginning to realize the importance of CWRs and other wild plants in the fight to mitigate the effects of global warming and ensure agricultural economic stability.

Researcher Shelagh Kell said that the politics involved are incredibly complex and that, “urgent attention needs to be paid to China’s CWR to ensure that they are adequately conserved, so that this diversity is available for use in crop improvement programs before it is lost forever.”