Meet HAT-P-11b A Neptune Like World with Extreme Weather

Weather here on Earth can be really nasty, but on distant worlds, the atmospheric conditions can be extreme, far beyond anything we saw or imagine. Here’s why you should not go to HAT-P-11b.

The discovery of the first exoplanet around a neutron star and then around a star like our sun opened the gates to a new field concerning the extrasolar planetary systems. By April 2016, we have detected more than 2087 exoplanets and even twice candidates, and these numbers are increasing fast.

This large number allows us to focus on the more detailed characterization of the different types of planets, including atmospheric chemistry, temperature and internal composition of the planetary bodies — these are some important parameters that would make the major contributions to recognize planet atmospheres like Earth’s.

To study properties of extrasolar objects, such as brown dwarfs and giant gas planets like Jupiter, we use radio observations. This technique allow us to map distant exoplanets several light years away from us and thus to see some severe weather patterns on many of them.

Discovered in 2009, HAT-P-11b is a so-called exo-Neptune located in the constellation of Cygnus, about 122 light-years away. It is estimated to have a radius of 4.7 R (: Earth radius) and about 26 times Earth’s mass. Its orbit very close to its parent star at a distance of ∼ 0.053 AU (that is 8 time close to its star than Mercury is to our Sun).

Due to its proximity to its host star, the planet is extremely hot, with temperatures around 605°C. Scientists think that HAT-P-11b has a rocky core, wrapped in a thick gaseous envelope of about 90% hydrogen.

In 2014 astronomers from the United States, Chile and Europe has detected water vapor in HAT-P-11b’ atmosphere:

We set out to look at the atmosphere of HAT-P-11b without knowing if its weather would be cloudy or not. By using transmission spectroscopy, we could use Hubble to detect water vapor in the planet. This told us that the planet didn’t have thick clouds blocking the view and is a very hopeful sign that we can find and analyze more cloudless, smaller, planets in the future,

said Nikku Madhusudhan a team member and a co-author of the paper published then in the journal Nature. 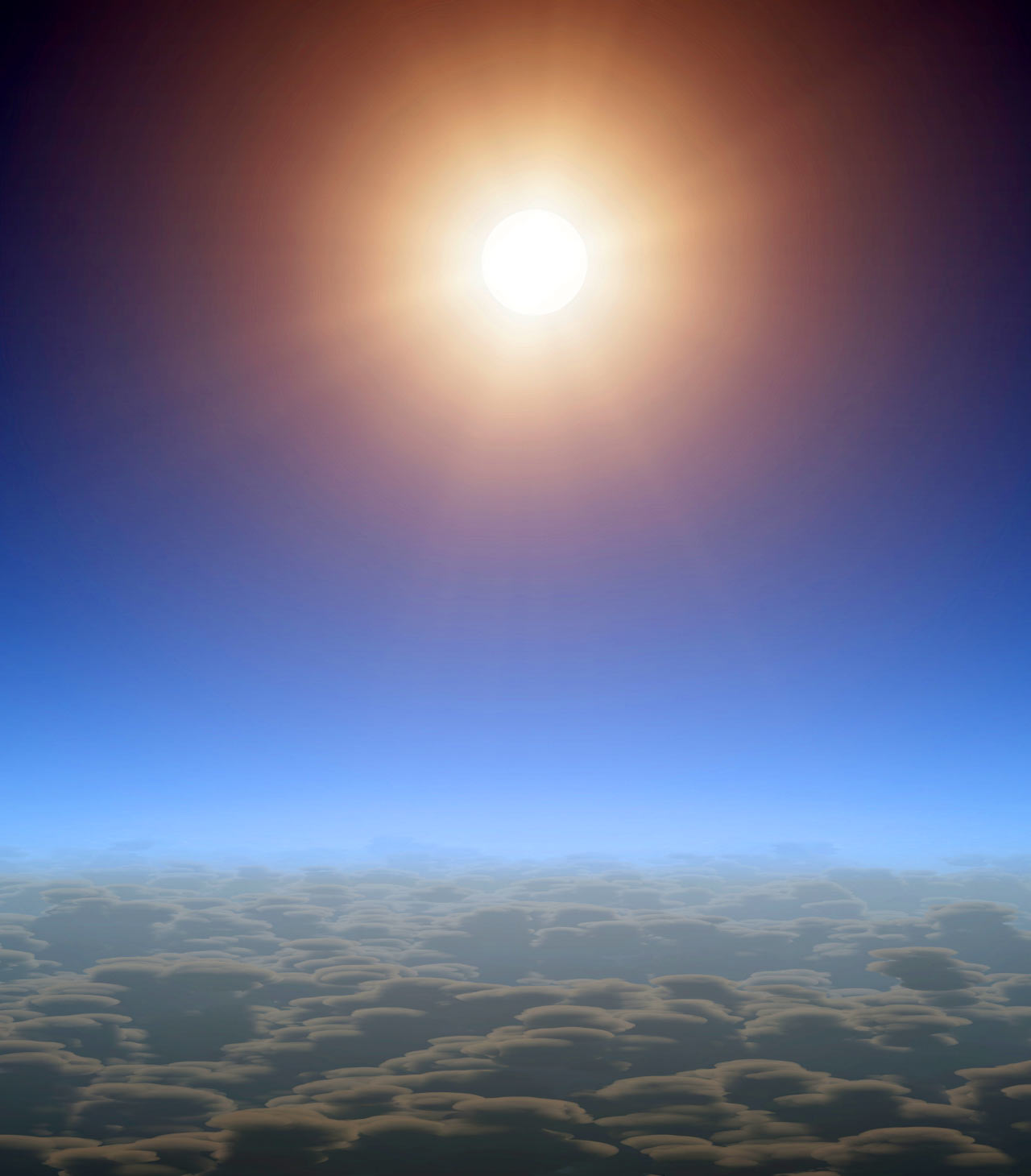 Artistic’s rendering of the sky on the exoplanet HAT-P-11b ©NASA / JPL-Caltech.

In 2009, a team of astronomers observed a strong radio signal at 150 MHz coming from the direction of HAT-P-11b but it vanished when the planet passed behind its parent star. The team re-observed the planet with the same instruments in 2010, but no signal was detected this time.

Kepler 3b The Planet of ExtremeFirst, we thought the obtained radio signal is the result of interactions between the planetary magnetic field and the stellar magnetic filed. But later, a study shows that it is unlikely to be due to the planet-star interactions, because this type of emission is generally polarized and we make a non-detection of polarization in the data. So, what caused it?

A new study suggest that a small part of the radio flux can be attributed to the planet itself, actually, that radio emission could be caused by lightning in the atmosphere of the planet.

We know that lightning could induce radio emission because it has been observed here in our Solar System’ planets. There have been many attempts to observe exoplanets in the radio wavelength, however, no unequivocal detection has been reported. But now, scientists think they just have detected one.

Lightning emission is not polarized. Therefore, based on the non-detection of polarization in combination with the possible transient nature of the observed radio emission, we tentatively hypothesize that the emission on HAT-P-11b is caused by lightning discharges.

Artistic rendering of lightning on Kepler 3b ©ESA.

The signal from flashes on HAT-P-11b, would require a sustained global storm with flash densities ∼ 530 times greater than observed within the USA. If we assume that this signal is from the planet and only results from lightning activity, a more extreme lightning storm would be required on HAT-P-11b, ∼2700 times larger than observed within the USA; It is actually several orders of magnitude beyond the storms observed on Saturn. Do you imagine?

So why HAT-P-11b has such severe weather? “HAT-P-11b is much closer to its host star than the Solar System planets with lightning, resulting in a stronger irradiation from the star.” scientists said.

HAT-P-11b has a very strong circulation of the atmosphere due to the high irradiation. Highly irradiated atmospheres will form clouds in very dynamic environments, which may host high lightning activity.

So, its turns out we are very lucky, such weather is really wilder than anything we saw ever. So, if you would like to go on vacation there, I would like a postcard, but I’m not coming.