A promising new discovery by physicists at Carnegie Mellon and Brown and Cambridge Universities in the US could provide a step towards finally identifying the elusive substance called dark matter.

Dark matter is thought to make up for 85 percent of all the mass in the known universe. By looking at the spin of galaxies and the interactions inside galactic clusters, an invisible type of matter exerts a powerful gravitational pull on local space. But because dark matter does not interact with normal (‘bayonic’) matter via the electromagnitic force, it cannot be seen and therefore its nature remains highly mysterious.

But now, a small and newly discovered galaxy orbiting the Milky Way is emitting a surprising amount of electromagnetic radiation in the form of gamma rays. The finding may be the latest in a long string of cosmic false alarms, they said, or it might be that the mysterious dark matter that permeates the universe is finally showing its face.

The dwarf galaxy is called Reticulum 2 and has been recently discovered via the data obtained by the Dark Energy Survey. Scientists suggest that Reticulum 2 is supposed to be one of the closest dwarf galaxies ever detected. The gamma rays that are being emitted from Reticulum 2’s direction is quite high than what is expected from a normal background.

This dwarf galaxy is located in the constellation Reticulum, approximately 97,000 light-years away. It is a very elongated object, around 200 light-years long. Due to the massive tidal forces of our Milky Way Galaxy, Reticulum 2 is in the process of being torn apart.

“In the search for dark matter, gamma rays from a dwarf galaxy have long been considered a very strong signature,” said team member Dr Savvas Koushiappas of Brown University. “It seems like we may now be detecting such a thing for the first time,” he said.

Seeking the nature of dark matter has been maddeningly difficult, so when a predicted signature of the annihilation of WIMPs in a dwarf galaxy right next door to the Milky Way is revealed, it’s understandable that some excitement, and guarded caution, is shown. 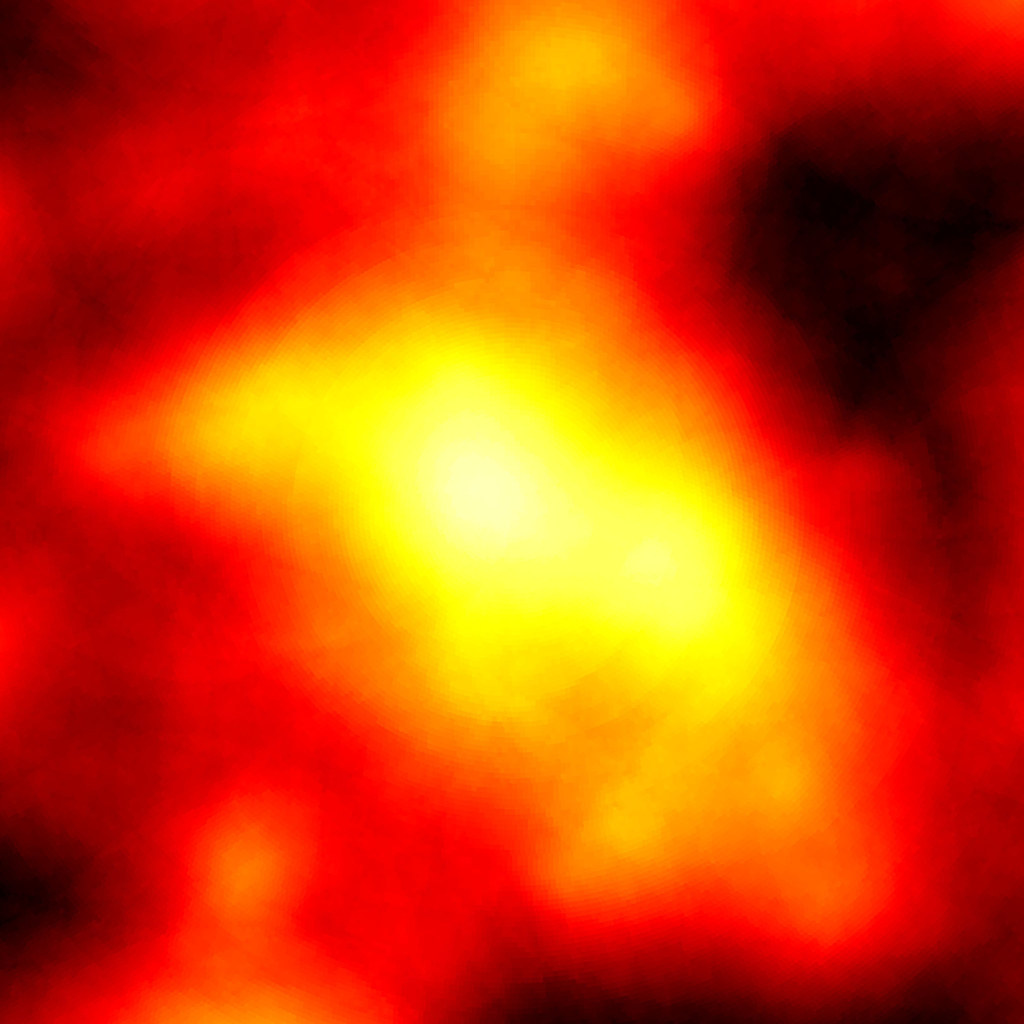 Bright areas indicate gamma rays coming from the direction of the galaxy about 100,000 light-years away. Credit Geringer-Sameth & Walker/Carnegie Mellon University.
Click to zoom

It’s not the first time astronomers hoped they have found dark matter though, and no one wants to get too excited. In December last year, astronomers believed they found X-Ray signals of dark matter, while in April 2014, a different team found other interesting signals. But for now, nothing is confirmed. Dark matter, one of the biggest Universal mysteries, still has to wait.

The research team used data from NASA’s Fermi Large Area Telescope. However, they cautioned that there was still a lot of work to do before their findings could be conclusively confirmed. The study was submitted to the journal, Physical Review Letters.