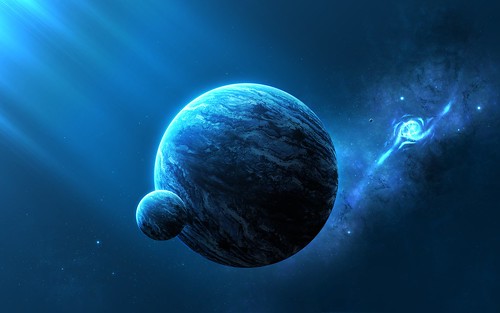 At 7 to 14 times the mass of Earth this planet is considered to be a super-Earth but remarkable in that its orbit is inside the habitable zone, and has a solid surface allowing for any water present on its surface to form liquid oceans and even landmasses characteristic of Earth’s surface, although with a much higher surface gravity.

So striking is its resemblance to Earth that it has inspired some people to send greetings intended for possible intelligent life forms that could have developed similarly to us.

In 2013-2014 many others planets outside our solar system were discovered …. in a short time i will write about the most interesting of them.