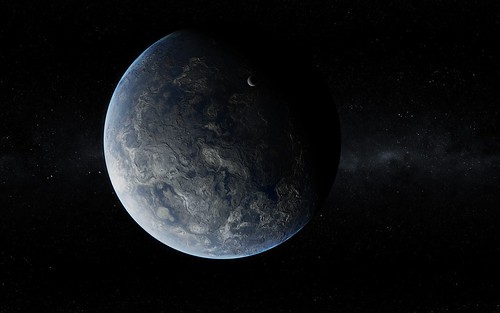 The habitable zone is the imaginary spherical shell surrounding a star where conditions are optimal for liquid water to exist on an Earth-sized planet orbiting within that shell. This gas giant is special because it orbits inside its sun’s habitable zone. “But so what,” you say, “how is it ‘habitable,’ we can’t live on gas giants, you know!” While it is true that we humans are as of now incapable of living on or in a gas giant, take a quick look at the gas giants in our solar system: they all have some relatively big, icy moons, and it is not impossible (albeit not certain) that Gliese 876 b could have some habitable moons (think Pandora and Polyphemus from the movie Avatar). Even if not, there is no reason not to believe that life could originate in or on gas giants, as evidenced by a paper from respected astronomers discussing the possibility of life in Jupiter’s thick atmosphere.