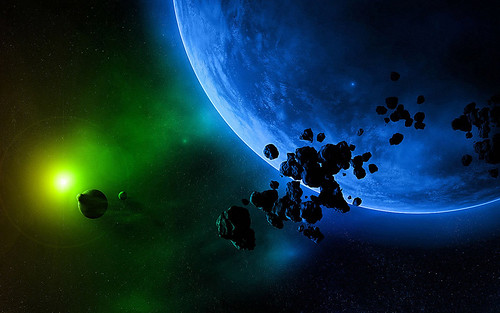 This is quite similar to the previous one in that it is a binary star system, a two-star multiple star system just like Tatooine (which by the way has become a new scientific term describing planets in multiple star systems after the hypothetical HD 188753 Ab, which could have been the first of the “Tatooine planets” was hypothesized back in 2005 but was later disproved) from Star Wars, but this time it has five medium-size “Neptune-mass” planets orbiting around the larger star 55 Cancri A, in order of distance from parent star: 55 Cancri e, b, c, f, and d (or 55 Cancri Ae, Ab, Ac, Af, and Ad to distinguish them from the other star, 55 Cancri B).
This is the most number of confirmed planets orbiting one star other than the sun and hence raises the possibility of finding more planets around stars with or without known planetary systems by showing that our solar system of many planets is not unique.