Exoplanets or “extrasolar planets” are planets found outside our solar system. They are designated by affixing a lowercase letter, starting from “b” towards “z” depending on order of discovery, to their parent star’s Flamsteed designation or catalogue numbers. So, most remarkable exoplanets ever discovered: 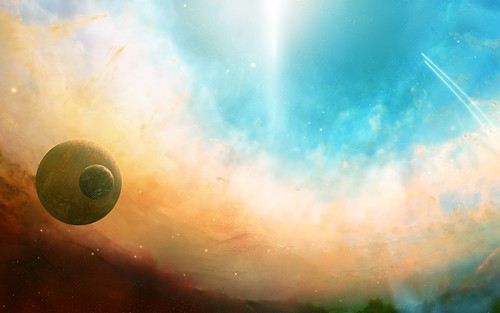 When we think of planets we are used to the idea of planets around the sun in a single star system but in fact a surprising number (about one in two) of the stars we see in the night sky are really multiple star systems; that is, a group of two or more stars orbiting around their common center of mass (they appear as single points of light because of sheer distance).
In the 91 Aquarii system there are five stars, and in November 2003 it was discovered that a gas giant planet was orbiting the primary star, 91 Aquarii A, and thus the planet is alternatively named 91 Aquarii Ab to distinguish it from the other stars in the system and to make room for possible undiscovered planets around those other stars. This gas giant is special because our methods of detecting exoplanets around stars require a great deal of precision which could unfortunately be thrown off by even one other nearby star, making it one of the few planets discovered in multiple star systems.