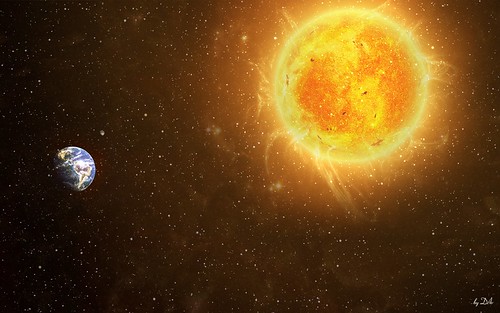 You probably learned that the Earth rotates on its axis, tilted at about 23.5 degrees relative to its orbital plane around the Sun.

This is true! But did you ever stop to think what keeps the Earth from changing the tilt of its axis-of-rotation? The same way a spinning top not only precesses but also exhibits more complicated motion over time (some of which you may know as nutation), an entire planet can do this, too.

Mars is a perfect example: currently tilted at about 24 degrees relative to the Sun, we know that its axial tilt varies from about 15 degrees to about 35 degrees over time!


Thanks to our Moon, our axis stays tilted between 23 and 26 degrees over time, even over hundreds of millions of years! But without our Moon, there would be nothing preventing catastrophic shifts in our rotational axis. It’s probable that sometimes, we’d be like the planet Mercury, orbiting in the same plane as our rotation, and having practically no seasons due to our axial tilt. At other times, we’d possibly be as extreme as Uranus, rotating on our side like a barrel, having the most extreme seasons imaginable.