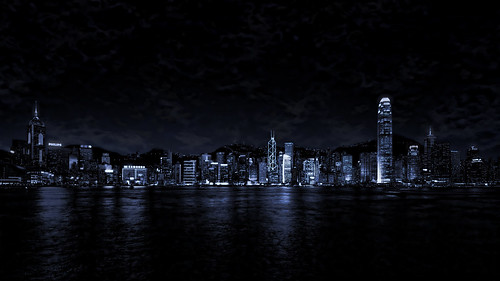 If you’ve ever been outside in the wilderness on a totally moonless night, without any artificial light, you probably noticed two things. First, the night sky is absolutely breathtaking; you can see thousands upon thousands of stars, the plane of the Milky Way, and even dozens of extended, deep-sky objects with your naked eye alone. And second, you can’t see a damned thing in front of your own face.The Sun is much, much brighter than the Moon; the full Moon is just 1/400,000th as bright as the daylight Sun. Yet Venus, the next brightest object in the night sky, is only 1/14,000th as bright as the full Moon!
We have pretty decent night vision, so long as the Moon is out. But without it, our night vision is, well, not very effective, as anyone who’s been camping without a headlamp or working flashlight can testify. It’s probably safe to say that vision would have evolved somewhat differently without the Moon, and that our nights would provide us with a wildly different world to experience.