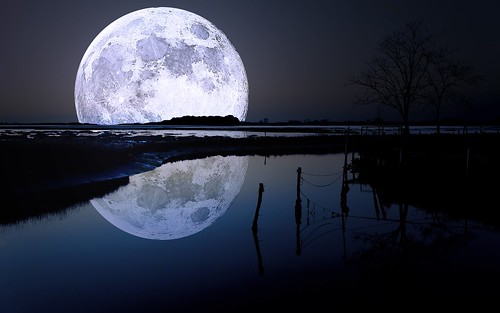 Since the moon is the creator of tides, all the oceans would come rushing to the side of the earth pointing to the sun. We would have the exact same size of tides occurring at the same time each day.

Life would be much different and have to be different because we’d be covered in water for like half a day. But the tide wouldn’t disappear, the sun contributes as well. These sun-only tides would be smaller of course; in fact they’d be about one third as high as they are today.

They would also be very simplified as well, consisting of just a high tide and a low tide with no variation. This is because neap tides and spring tides would disappear since there would no longer be any moon to add to or subtract from the sun’s tidal influences.