Earth is Being Protected by Invisible Space Shield From ‘Killer Electrons’

It’s a well-known fact that Earth’s ozone layer protects us from a great deal of the Sun’s ultra-violet radiation. Were it not for this protective barrier around our planet, chances are our surface would be similar to the rugged and lifeless landscape we observe on Mars.

Beyond this barrier lies another – a series of shields formed by a layer of energetic charged particles that are held in place by the Earth’s magnetic field. Known as the Van Allen radiation belts, this wall prevents the fastest, most energetic electrons from reaching Earth. 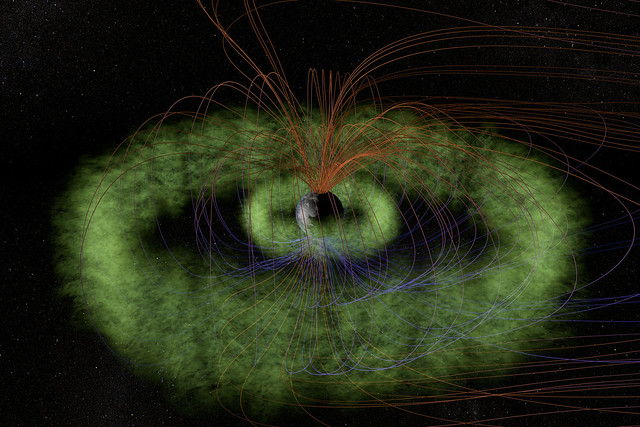 Now, a group of researchers headed by Prof Daniel Baker of the University of Colorado’s Laboratory for Atmospheric and Space Physics has discovered a nearly impenetrable barrier some 11,500 km above our planet that blocks so-called ‘killer electrons,’ which can fry satellites and degrade space systems during intense solar storms.

The barrier was discovered in the Van Allen radiation belts, using NASA’s Van Allen probes, launched in August 2012 to study the region.

“This barrier for the ultra-fast electrons is a remarkable feature of the belts,” said Dan Baker. “We’re able to study it for the first time, because we never had such accurate measurements of these high-energy electrons before.”

“Somewhat like the shields created by force fields on ‘Star Trek’ that were used to repel alien weapons, we are seeing an invisible shield blocking these electrons,” added Daniel Baker. “It’s an extremely puzzling phenomenon.”

Understanding what gives the radiation belts their shape and what can affect the way they swell or shrink helps scientists predict the onset of those changes. Such predictions can help scientists protect satellites in the area from the radiation.