Scientists may have uncovered some startling new information about dark matter and dark energy. They’ve discovered hints that dark matter is slowly being swallowed by dark energy that grows as it interacts with dark matter. This, in turn, is slowly the growth of structure in the cosmos.

Researchers from the universities of Portsmouth and Rome have found indications that dark matter, the cosmic scaffolding on which the universe is built, is being slowly erased by dark energy.

The report, published in the journal Physical Review Letters, said the latest astronomical data favours a dark energy that grows as it interacts with dark matter, and this appears to be slowing the growth of structure in the cosmos.

Professor David Wands, director of Portsmouth’s Institute of Cosmology and Gravitation, said: “This study is about the fundamental properties of space-time. On a cosmic scale, this is about our universe and its fate.

“If the dark energy is growing and dark matter is evaporating we will end up with a big, empty, boring universe with almost nothing in it. 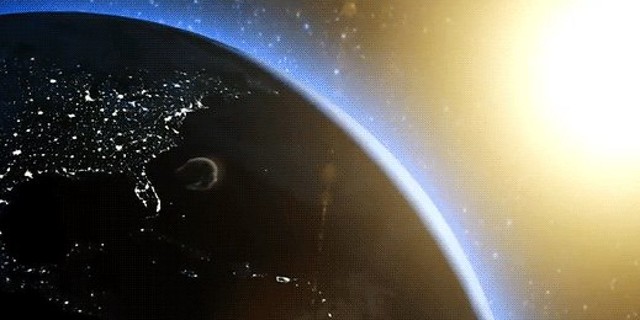 Dark matter actually provides a framework for structures to grow in the universe.

The galaxies that we see and live within are built on the scaffolding. Yet if dark matter is evaporating, that scaffold growth is slowed.

In order to better understand the nature of the interactions between dark energy and dark matter, the scientists examined data from a number of astronomical surveys, including the Sloan Digital Sky Survey.

“Since the late 1990s astronomers have been convinced that something is causing the expansion of our universe to accelerate,” said Wands.

“The simplest explanation was that empty space-the vacuum-had an energy density that was a cosmological constant. However there is growing evidence that this simple model cannot explain the full range of astronomical data researchers now have access to; in particular the growth of cosmic structure, galaxies and clusters of galaxies, seems to be slower than expected.”

Professor Dragan Huterer, of the University of Michigan, has read the research and said scientists need to take notice of the findings.

He said: “The paper does look very interesting. Any time there is a new development in the dark energy sector we need to take notice since so little is understood about it. I would not say, however, that I am surprised at the results, that they come out different than in the simplest model with no interactions. We’ve known for some months now that there is some problem in all data fitting perfectly to the standard simplest model.”