A large asteroid named 2014 UR116 is moving into an orbit, most likely involving a collision with Earth. Asteroid flies inside the solar system.

His route is similar to the trajectory of the Chelyabinsk meteorite. He flies by planet, Venus and Mars, and is a real danger for the inhabitants of the earth.

The asteroid was recorded robotic telescope “Master” at a time when he flew past the planet Earth at a distance of approximately 1.496 million kilometers.

Scientists have brought it to the list of potentially dangerous for mankind celestial bodies.

More…
The Most Interesting Facts About the Moons in our Solar System
These Awesome Sun Facts Will Blow Your Mind
I don’t know what ” Exact trajectory of the asteroid 2014 UR116 yet impossible to determine, but theoretically it could collide with the Earth, and Mars and Venus.” but according to this page (translated from Russian) from
_https://translate.google.fr/translate?sl=ru&tl=en&js=y&prev=_t&hl=fr&ie=UTF-8&u=http%3A%2F%2Flomonosov-msu.ru%2Frus%2Fnews%2F68092.html&edit-text= :

Russia’s only network of robotic telescopes MASTER created by Lomonosov Moscow State University University in collaboration with the three domestic universities (Ekaterinburg, Irkutsk and Blagoveshchensk), Kislovodsk Station of the Pulkovo Observatory RAS and the University of San Juan (Argentina), an asteroid discovered in 2014 UR116, – more than 300 meters in diameter – which can collide with the Earth. This was reported by the laboratory site space monitoring MSU.

At night, October 27 Russian robotic telescope , located in the Caucasus Mountains near Kislovodsk, gave a suspicious rapidly moving object (see. picture below the text – between shots a few minutes). Denis Denisenko, a member team of craftsmen, sent it to the coordinates of the Minor Planet Center of the International Astronomical Union. 20 minutes later, the British astronomer confirmed our observation, and for the last two days, astronomers have conducted more than 100 measurements of this object. 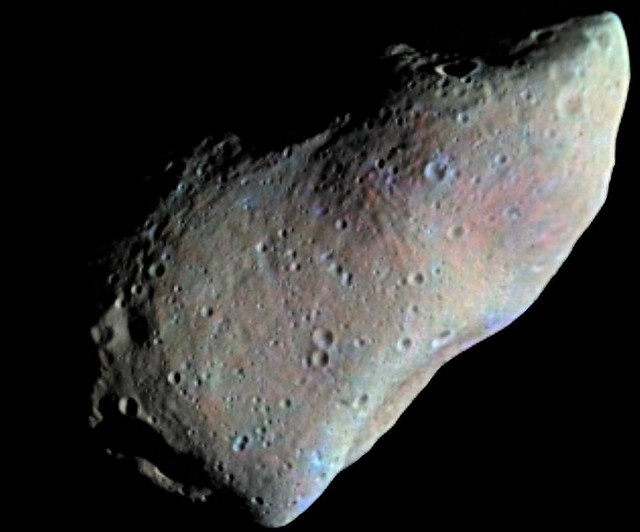 Based on the data of the brilliance of the found object and distance calculated from observations of two dozen observatories in the world, we can say that the asteroid 2014 UR116 size exceeds Apophis with the Earth can meet in the next decade, that is, its diameter is greater than 300 meters.

Much larger telescopes US, according to a news website laboratories missed the space object, because all his previous flyby of the Earth took place at the full moon, when the Giants antiasteroid system idle.
Frames of the moving image taken with an interval of several minutes.

Could be something or nothing of course.

⋆ ⋆ ⋆
Have something to say? Let us know in the comments section .