To make the design for the Space Taxi, NASA had initiated a friendly competition among big industry engine players in Boeing, Space Discovery Technologies Corporation (or simply, SpaceX) and Sierra Nevada Corporation.

And currently in the lead for constructing the perfect design is the most popular among the three—Boeing.

Boeing is one of four companies creating the next generation of space vehicles for NASA. However, Boeing, is the first company to complete a review of its designs.

NASA is currently looking over Boeing’s data for the spacecraft, the CST-100, and determining if its program is a success.

This step is necessary for Boeing to complete the final design for their space vehicle.

The CST-100 is a privately built, man rated capsule being developed with funding from NASA via the commercial crew initiative in a public/private partnership between NASA and private industry.

The overriding goal is restart America’s capability to reliably launch our astronauts from US territory to low-Earth orbit (LEO) and the International Space Station (ISS) by 2017.

Private space taxis are the fastest and cheapest way to accomplish that and end the gap in indigenous US human spaceflight launches.

Boeing announced that NASA approved the completion of the final two commercial crew milestones contracted to Boeing for the CST-100 development.

These last two milestones are the Phase Two Spacecraft Safety Review of its Crew Space Transportation (CST)-100 spacecraft and the Critical Design Review (CDR) of its integrated systems.

Boeing believes the spacecraft will be complete in time for flight tests in 2017.

However, there is one downside to Boeing’s design. The company is using the Atlas 5 rocket, which has a Russian-built engine, for its launch. This has raised concerns, giving the tensions between the U.S. and Russia. Boeing, however, stressed that their module was compatible with other launch vehicles, although it would need some small modifications. 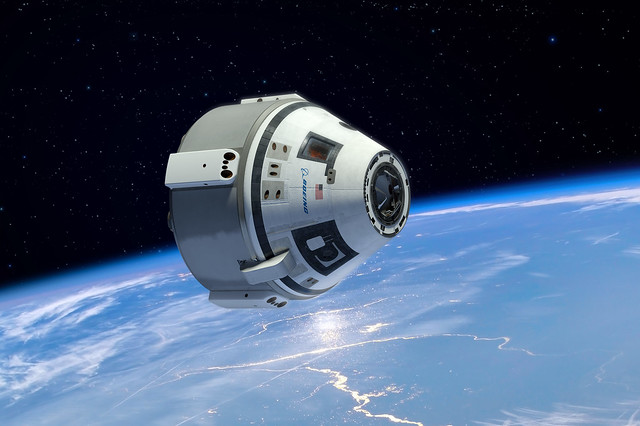 The age of commercial space flight began in 2012 when SpaceX’s Dragon capsule docked at the ISS.

However, its origins began in 1984 when President Ronald Reagan signed the Commercial Space Launch Act, which allowed private companies to work with NASA on space technology.

In 1990, the Launch Services Purchase Act, actually ordered NASA to use commercial companies for launch technology.

The future of commercial space travel is bright, with companies like Virgin Atlantic selling tickets to the public for flights into space and Mars One offering volunteers one-way tickets to colonize Mars. Other companies are sure to follow suit.

“We are moving into a truly commercial space market and we have to consider our potential customers – beyond NASA – and what they need in a future commercial spacecraft interior,” Chris Ferguson, Boeing director of Crew and Mission Operations for CCiCap, has said.