Treasure seekers have found the haul of a lifetime, but it wasn’t in some ancient temple or mysterious island. Instead, it was in the sky.

The international team of astronomers using data from two ESA’s space telescopes, Planck and Herschel, has identified more than 200 proto-clusters of galaxies in the distant universe, many of which were magnified by other galaxies lying in front of them via gravitational lensing. Planck’s all-sky images revealed the clumps of bright galaxies, while Herschel data allowed researchers to inspect the galactic gems more closely and confirm the discovery.

Galaxies are rarely found floating on their own, and instead are usually found in large clusters of galaxies of tens or even hundreds. However, clusters like this haven’t always existed, and the question has always plagued scientists: how and when did they form?

With these new insights, scientists should now be able to form better theories and gain new insight into how galaxy clusters evolved, including how dark matter influences these formations.

“Because we are looking so far back in time, and because the universe is assumed to be homogenous in all directions, we think it’s very similar to looking at the equivalent of what a baby cluster might look like,” said Brenda L. Frye, one of the researchers, in a news release. “In contrast to previous observations, for which the odd one or two baby clusters was found which one would put in a zoo, we now have found a real sample of 200 baby clusters.”

In each of the relatively young galaxies found – ‘just’ three billion years after the Big Bang or so – gas and dust is being converted into stars at a rate of a few hundred to 1,500 times the mass of the sun each year. By comparison, the Milky Way today only produces stars at an average of one solar mass per year. 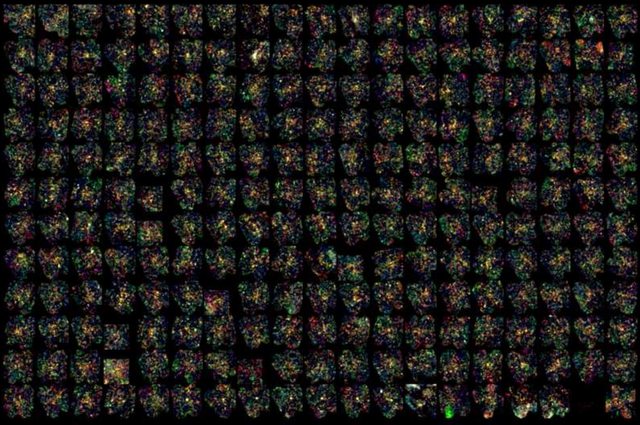 While the astronomers have not yet conclusively established the ages and luminosities of many of these newly discovered distant galaxy concentrations, they are the best candidates yet found for galactic proto-clusters.

‘We are now preparing an extended catalogue of possible proto-clusters detected by Planck, which should help us identify even more of these objects,’ said Ludovic Montier, a researcher at the Institut de Recherche en Astrophysique et Planétologie, Toulouse.

“Even when we combined the powerful capabilities of Planck and Herschel, we were only scratching the surface of the phenomena taking place at this critical era in the history of our Universe, when stars, galaxies and clusters seem to be forming simultaneously,” said co-author Dr George Helou of the California Institute of Technology in Pasadena.

“That’s one of the reasons this finding is exciting. It shows us that there is so much more to be learned.”

“Thanks to this new study, we now hope that Planck will be able to play a major role in research into the large-scale structure of the Universe,” added Prof Gianfranco de Zotti of the International School for Advanced Studies in Trieste, Italy, and the INAF-Astronomical Observatory of Padova.