Want some cool facts? Here is a list of random facts. Some of these facts you’ll know, and others may surprise you. [Check out part 1, part 2]

Viruses called bacteriophages kill up to 40% of the bacteria in the ocean every single day.

The oldest astronomical observatory in Asia was built in the 7th century AD, situated in Gyeongju, South Korea.

Harvard scientists have figured out a way to use DNA as digital storage. Fitting 700 terabytes in a single gram of DNA.

The Apollo 11 astronauts were seen by 100 million people on their 37 day goodwill tour around the world but Hungary refused the astronauts to visit.

The Ozone layer is repairing itself.

Lizards cannot run and breathe at the same time.

The most remote inhabited island is Tristan da Cunha and is 1200 miles from the nearest civilization. 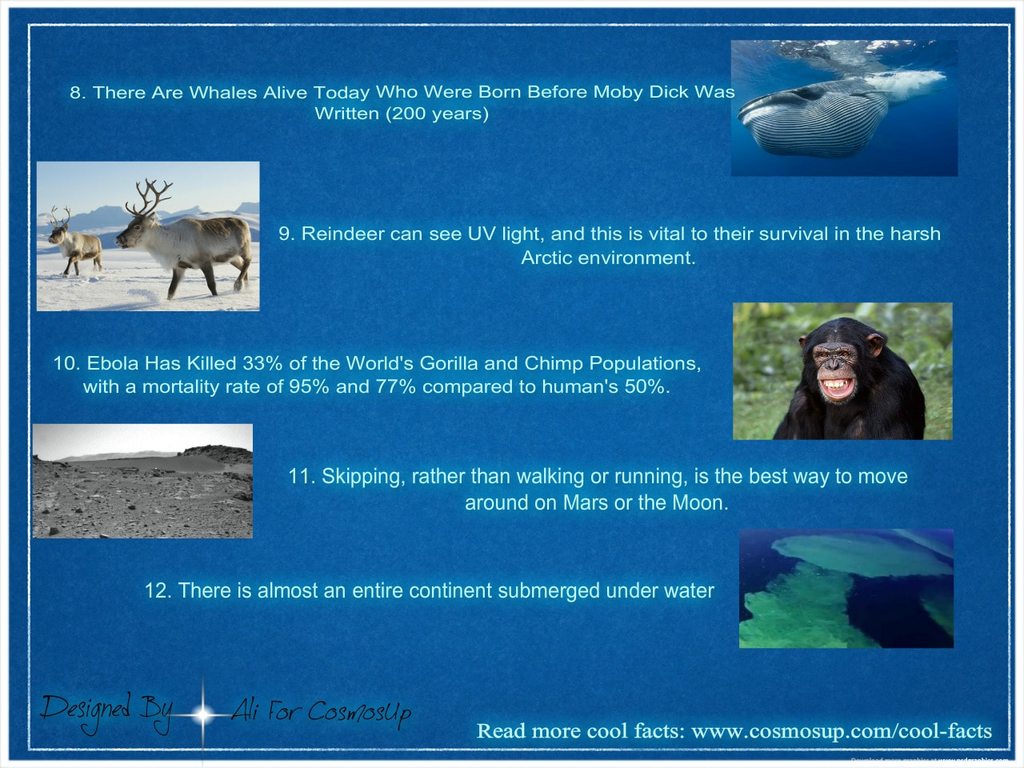 There are only two living people left in the world that were born in the 1800’s.

A single ant can live to be 29 years old.

Denmark has the oldest flag in the world that’s still in use, with the current design adopted before 1370.

Astronomers polished a 25-meter mirror for the Great Magellan Telescope so smooth that the largest bump is .0003 times the width of a human hair.

Most cultures made beer before they had an alphabet.

Mercury has the greatest temperature difference from day to night in the solar system: 840 degrees F in the day, plummeting to minus 275 F at night (more than 1000 degree difference).

We went to the moon before we put wheels on suitcases.

Some species of Madagascan lemur could grow up to the size of a male gorilla, before humans arrived on the island and hunted them.

The top 25 Safest Countries In The World does not include America.